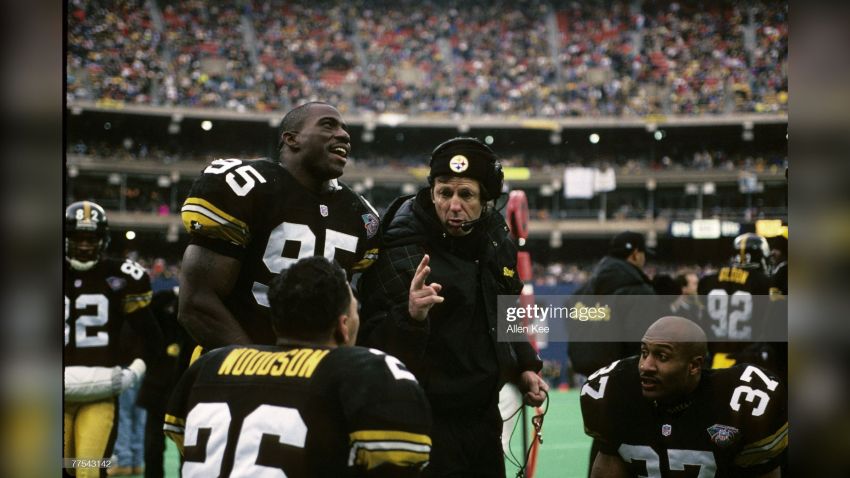 Rod Woodson is certainly one of the all-time great Steelers. If not for the pesky existence of the equally stellar Mel Blount, he would be far and away the best cornerback to ever wear the black and gold—and I’m not forgetting about Jack Butler, either.

But one of his greatest memories as a Steeler is the year that he hardly played, tearing his ACL leading up to the regular season, because it meant that he got to watch his friend and teammate, Carnell Lake, take over that cornerback position and play at such a high level that it allowed him to return and play in the Super Bowl.

The sit-down interview from months back that he had with Stan Savran recently resurfaced on the Steelers’ website, and I wanted to go back and talk about some of that conversation. He praised Bill Cowher for being willing to keep him on the roster rather than ending his season by placing him on the Reserve/Injured List, but he knew everything had to go right.

“Luckily for us, and for me, we had Carnell Lake. He’s so underrated as an athlete, who played outside linebacker at UCLA, comes in and plays strong safety, and then he moved to corner that year”, Woodson told Savran. “If he wouldn’t have moved to corner and played as well as he had—and if anybody else got hurt in the secondary—then I would have had to go on IR to make a roster spot move where they could bring somebody in. But Carnell played so well, and nobody else got hurt”.

Woodson was the Steelers’ 10th-overall pick in 1987. They drafted Lake two years later 34th overall and then took the linebacker and moved him into the secondary. He was a regular starter as a rookie in 1989, the year that Woodson made his first Pro Bowl and All-Pro list.

He would make the Pro Bowl every year through 1996, with the exception of that injury-riddled 1995 season—the year they went on to play in the Super Bowl, thanks in no small part to Lake being able to take over the cornerback position. He did it so well that he himself was named to the Pro Bowl, and was a second-team All-Pro, for his efforts.

It was one of five Pro Bowls for Lake, though one of four with the Steelers. As with Woodson, he didn’t finish his career in Pittsburgh, even if that’s where he spent the bulk of his playing time, and what he would be best remembered for.

Both of them even spent a year together in Baltimore in 2001, though Lake was then a backup. Woodson continued to play two more seasons, joining the Raiders, where he would finish his career after 17 seasons. And he would be named to the Pro Football Hall of Fame five years later.

Lake might not quite have been a Hall of Fame player, but he would certainly be in the ‘Hall of Very Good’, as they say. And he will be joining Woodson in the Steelers’ Hall of Honor later this year, together where they belong.