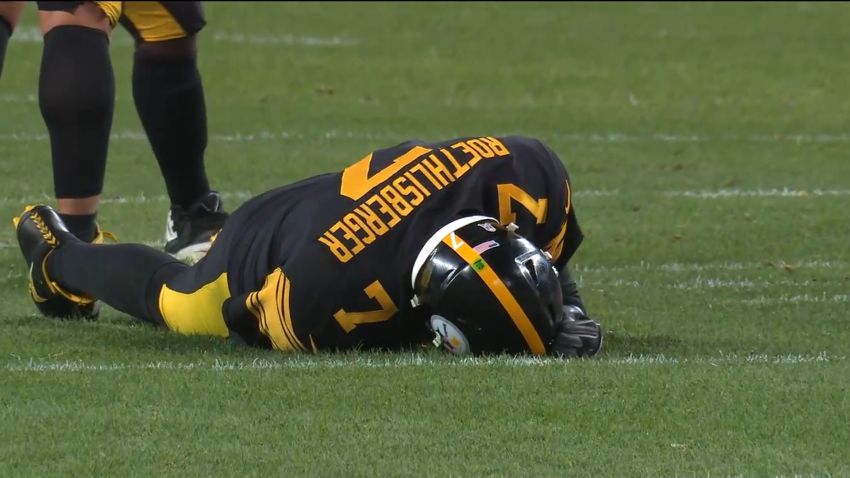 It’s rarely anything less than extremely difficult to replace a franchise quarterback. Most times when a team loses such a player, they go into a performance slump that could last decades before they can find somebody else who can keep them perennially competitive.

The Pittsburgh Steelers are hoping that Kenny Pickett, their 20th-overall pick in the 2022 NFL Draft, can be that guy for them with Ben Roethlisberger retiring after 18 seasons in the NFL. That doesn’t necessarily mean he will start right now. They did sign Mitch Trubisky, and they still have Mason Rudolph.

And Robert Griffin III believes that the team’s quarterback position will be in better hands this season with any of them in comparison to what Ben Roethlisberger looked like at the end of his career—which, perhaps in at least some ways, is hard to argue, specifically from an athletic perspective.

“I do believe that Mitchell Trubisky, Kenny Pickett, and even Mason Rudolph, at this point, would give the Steelers more than Big Ben did last year”, the former second-overall draft pick told Bruce Murray during an appearance on the SiriusXM Blitz program on NFL Radio. “I do firmly believe that”.

“Now, Big Ben’s a great player, Hall of Famer, no disrespect to him at all”, he added, “but I think those guys will give the quarterback position a little more athleticism, and obviously arm strength at this point in their careers compared to what Big Ben did last year”.

Roethlisberger, of course, was 39 years old last season, and frankly, had been talking about his arthritic knees during interviews for years. Decades of abusing his body on the football field had clearly taken its toll, and to some degree, that limited what he could do, and what the offense could do with him.

Compound that with an offensive line that was far from the shape it should be in, and you have a very inefficient offense. When your offense has other clear weaknesses, particularly in the trenches, you have to have a skillset at the quarterback position that can mask those deficiencies. Roethlisberger tried to make up for it with his quick release, but it only took them so far.

Trubisky and Pickett aren’t exactly Kyler Murray in terms of sheer ability to scoot, but they can certainly move around when they need to, and they can make things happen with their legs if they can’t find anybody open. Even Rudolph, as Griffin suggested, is more mobile than Roethlisberger was at the end of his career. But Pickett is the one who will, whether now or some time in the future, own that position.

“Maybe he wins the job, maybe he doesn’t early on. They gave Trubisky ‘you get to start it out first’ kind of money, and then Kenny get to come in and be the hero”, Griffin said. “But I really like what the Steelers did. And we all know this, there’s one thing you know the Steelers are gonna do, they’re gonna compete and it’s gonna be physical when you play them. So now they’ve got a young guy in Kenny Pickett, who’s way more athletic than people give him credit for. I look at him as like a little bit of a young Ben Roethlisberger”.

Ah, yes, a young Ben Roethlisberger. He wasn’t Steve Young, but Roethlisberger could navigate the pocket as well as anybody for most of his career in terms of stepping out of—or often, through—pressure, extending the play and making something happen.

The beatings his body took over the years robbed him of most of that ability, and by the time that happened, the offensive line was also in a shambles. It was clearly unsustainable, and it was time to move on. We’ll all find out together whether or not Pickett is the next big thing. Maybe even a young Big Ben.