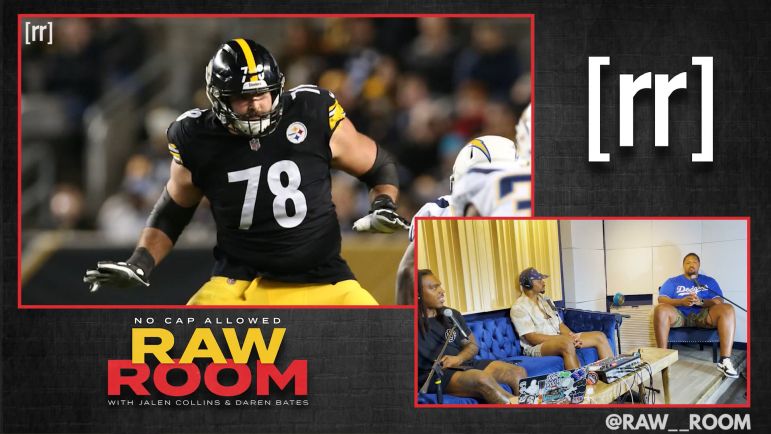 If there are any general themes throughout my work as a sports blogger here, perhaps one of the most would be the promotion of the reality that sports doesn’t occur in a vacuum. As much as we may utilize sports as an escape from the everyday life that we live, the simple fact is that it’s just another part of that life.

And everybody who plays has their own life to live, with the same sorts of things we wish we would never have to deal with, like the loss of loved ones. Ramon Foster was the first player who went through this, as I recall, in 2014, after his mother, Wyvonia Morgan, passed away on July 22, 2014, on the eve of training camp. She was 49 years old, and suffered complications from blood clots.

A new teammate at the time was among those who helped him most through the process of grieving that great loss. That was Alejandro Villanueva, who signed with the Steelers on August 21 that year after playing with the Philadelphia Eagles as a defensive end.

“He’s seen a lot of death. He had to carry flags”, he said of Villanueva on the Raw Room podcast with Jalen Collins and Darren Bates. “He was like, ‘Mon, I know it’s very traumatic for you, but if you’re in this position where you don’t process this and move forward with it, then you’ll never go’. He was like, ‘If you look around the world, the world is still moving. You can stay still, or you can continue to be happy in what you did with her’”.

Foster said that Villanueva’s words, coming from the perspective of a decorated war veteran and world traveler who had already lived quite a bit before making it into the NFL, played a key role in helping him process his emotions through the death of his mother, and he’s tried to pay that forward with others who have gone through similar things.

“In that position of having to deal with that type of death, though, I actually have helped a bunch of other guys that are going through similar situations”, he said. “This process if probably going to help somebody else, and I’ve probably helped more guys in dealing with mourning than I probably wish I hadn’t have. A bit later, he even alluded to what may well be Stephon Tuitt.

One of the most difficult aspects of grief is survivor’s guilt, the feeling that you’re cheating your loved one by continue to live without them, or that their departure cheats you out of life with them. Considering what may have been had they not passed away, especially if the deceased was still of younger age, is a lingering sensation, as was the case for Foster and his young mother.

“There was a lot of stuff that was in motion for her that she didn’t know about, and to die of blot clots, it was really just hard to process”, he told his hosts, talking about how he was planning to buy her a house at the time—as a former undrafted free agent, he received a whopping $8,000 signing bonus, so it took him time to earn substantial resources, relatively speaking.

Advising somebody on how to process the loss of a loved one is a tricky thing, and really can’t be done without some trial and error. You can only hope that at some point something will resonate with them that will help give them some comfort and the strength to begin to work through it and to continue on with their life.

Villanueva was able to play a role in Foster being able to do that. Nearly eight years later, it no doubt remains an ongoing process. And Foster has been able to use his own experience to be there to provide for others in their own time of need, as well.