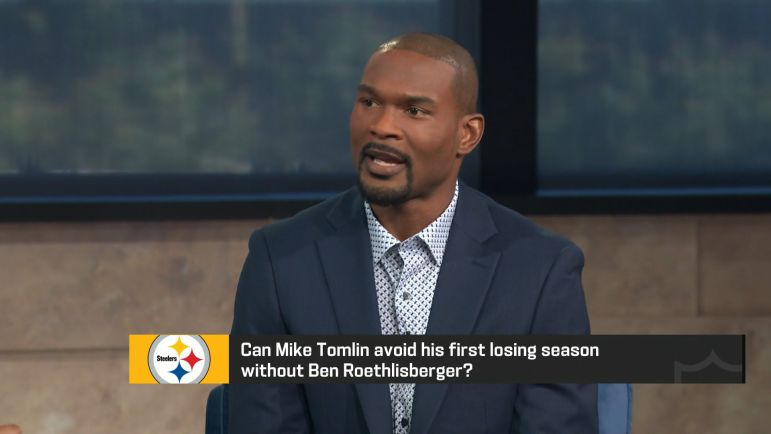 Media pundits have been trying and failing for over a decade to predict the complete demise of the Pittsburgh Steelers. While they haven’t exactly achieved a great deal of success in that time, if measured by postseason accomplishments, they have consistently been in the mix, and typically with a decent if not very good record by the end of the year.

Under Mike Tomlin, the Steelers have only ever played one single game in which there was no hope of them reaching the postseason when they kicked off. That was Week 17 of the 2012 season, prior to which they were already eliminated. But they’ve made the postseason six times since then with a few playoff wins along the way, and have never finished worse than 8-8.

That changes this year, according to former NFL safety Jairus Byrd, now on NFL Network. He predicts that Tomlin will finally experience his first losing season in year 16 in 2022, and he cites the decline of the quarterback position without a strong enough complement from the running game and the defense as the reason:

It pains me to say, but I don’t think he can avoid it this year. That’s an impressive stat that he’s been on a run of having winning seasons, but I think this year’s gonna be too difficult for him to overcome that QB position. Ben’s been there for so long as the staple in that quarterback position, and that’s the most important position on any team.

You have Kenny Pickett coming in who’s a young guy, who I believe can make some plays and do some things with his legs, and then Mitchell Trubisky as well as a veteran being there, I don’t think that that’s enough to solidify that position right now, and I think they’re gonna need to depend on the running game a lot with Najee Harris.

Of course it’s entirely possible that his prediction is correct. The Steelers have not entered a season with more questions than they have this year in a very long time. It’s been long ago enough that I really can’t recall a good contender to rival it off the top of my head.

Last season, in Ben Roethlisberger’s final season, the Steelers squeaked out a 9-7-1 record and reached the playoffs, even if their postseason journey didn’t last very long, ousted in the Wild Card Round for the second year in a row. The year before that, they did finish the season 12-4 at least.

Now with uncertainty under center, the hope is that they have enough of a supporting cast around Trubisky and Pickett to allow them to succeed within their scheme, complemented by stars like Najee Harris, Diontae Johnson, T.J. Watt, Cameron Heyward, and Minkah Fitzpatrick, their Pro Bowlers from last season.

You can argue the case for most positions on the roster that they will be better this season than they were a year ago, but how does that translate to wins and losses? Especially after moving on from a quarterback who posted seven game-winning drives last year?