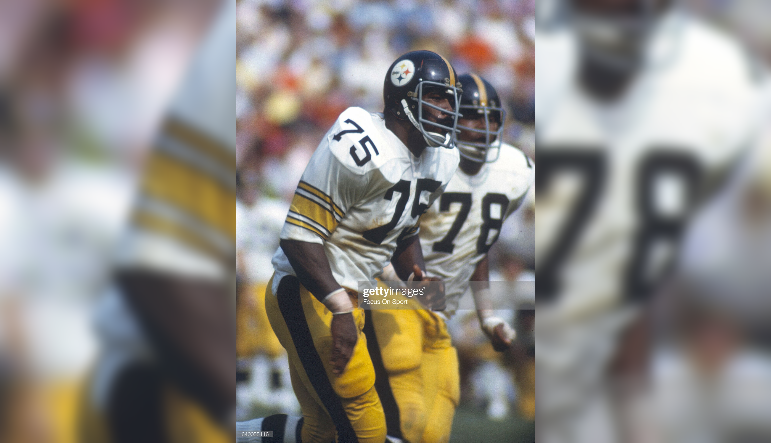 Like many great fishing exhibitions that lead to tall tales, the story of “Mean” Joe Greene’s dominance of the Houston Oilers on Dec. 10, 1972 inside the Houston Astrodome is the stuff of legend.

Though I believe I have a pretty deep, vast knowledge of Steelers’ history, I was tipped off to an otherworldly performance by Greene by a Steelers Depot reader last week after highlighting L.C. Greenwood’s four-sack game in Super Bowl X against the Dallas Cowboys. Kudos to Reg Hunt for bringing Greene’s performance to my attention in the comments section of that article. Of course, there was a bit of a stretch to what Hunt asked, claiming he had heard that Greene had 10 sacks in a game once.

While sacks didn’t become a true statistic until the 1982 season, if Greene were to have had 10 sacks against the Houston Oilers, I’m sure I’d have come across that epic feat at some point in this lifetime. So, I set off to find out what Hunt was referencing. After some deep dives, I found the performance.

It wasn’t an epic 10-sack showing by Greene, but it sure was dominant. The future Hall of Fame defensive tackle put the Steelers’ defense — missing the likes of Greenwood defensively, along with offensive lineman Sam Davis, the Steelers were a bit of a M.A.S.H. unit heading into the Week 13 matchup on the road.

In that game, the likes of Jon Kolb and Gerry Mullins played with the flu, and Terry Bradshaw, wide receiver Ron Shanklin, guard Bruce Van Dyke, guard Jim Clack and defensive end Craig Hanneman  — who was in the lineup to replace Greenwood — were injured in the game and did not return.

Short a number of bodies, Greene turned up the heat on the Oilers that afternoon inside the Astrodome, recording a club-record five sacks, a blocked field goal, a forced fumble and a recovered fumble in the Steelers’ 9-3 victory to stay in the division title race in the AFC Central that season.

Greene absolutely embarrassed the Oilers’ offensive line, getting to quarterback Dan Pastorini five times in the win while also helping hold the Oilers to just 72 yards on 30 carries on a day in which Houston totaled just 159 total yards offensively.

While I couldn’t find the full game on YouTube, I was able to come across some highlights of Greene’s dominance in the December 1972 matchup inside the Astrodome. At times in the highlights, Greene was through the Oilers’ offensive line and on the quarterback or running back in the blink of an eye. He was unblock able in that Week 13 match.

According to original reporting from the Pittsburgh Post-Gazette’s Gerry Dulac in 2007, teammates of Greene’s still raved about the performance decades later.

While the Oilers were just 1-11 entering that game, they were trying to do all they could to keep their bitter rivals from winning the division, which the Steelers would go on to do seven times in the 1970s in their dynastic run.

Greene made sure that despite the offensive struggles and the lack of bodies on both sides of the football, the Steelers were going to the AFC playoffs and would remain alive in the AFC Central division race.

“That performance was truly outstanding,” former Steelers’ linebacker Andy Russell, one of the few healthy players in that game in 1972, said to Dulac in 2007, according to the Post-Gazette. “Joe Greene, at any time, could rise to a level that was incomprehensible to all of us.”

Greene recorded two sacks in the second quarter, and then blocked a 25-yard field goal attempt by the Oilers at the end of the first half to keep the game tied at 3-3 heading into the break. That would be the last opportunity the Oilers had to score on the day.

Greene made a game-changing play in the third quarter, helping the Steelers stretch their lead to 9-3, which would hold up as the final score. With the Oilers taking over after a 39-yard field goal from Gerela made it 6-3 Steelers, Greene came through with a huge tackle for loss on Houston running back Fred Willis for a 12-yard loss, forcing a fumble in the process that the Steelers then recovered, leading to an 18-yard field goal from Gerela, sealing the win.

“What I remember is Joe came in the huddle and said, ‘I’m taking the ball away from them on this play,’ ” Russell said to Dulac and the Post-Gazette in 2007. “No one ever said anything like that in a huddle. Then, there’s a bang and a crash, and he’s holding the ball. That’s why I always said he was the player of the decade.”

That was who Joe Greene was for the Steelers. He was a dominant force that could single-handedly take over a game for the black and gold. He proved that on Dec. 10, 1972 on the road against the Oilers in the Astrodome, carrying the Steelers to a much-needed win.

“We needed the game to keep us in the race for the division championship,” Greene said to Dulac and the Post-Gazette in 2007. “We were definitely in dire straits because we lost Bradshaw and some of our offensive lineman. And we were having a terrible time of trying to score.”

The Steelers then beat the Oakland Raiders a few weeks later in the divisional round of the playoffs before losing to the Miami Dolphins in the AFC Championship Game before the Dolphins went on to close out the only perfect season in NFL history at 17-0.