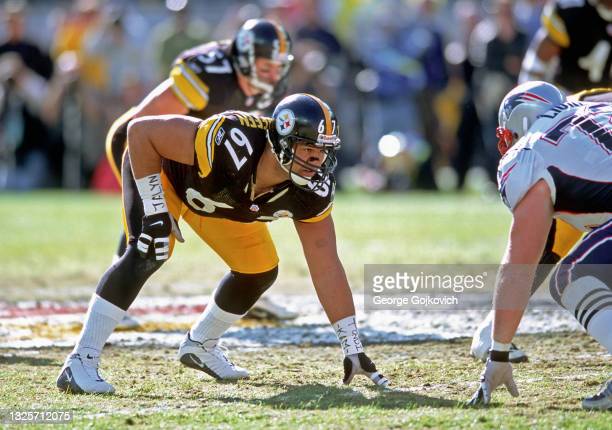 Checking out one of his best and most underrated signings in Kimo von Oelhoffen.

Not only was Kimo von Oelhoffen one of Kevin Colbert’s best free agent signings. He was also his first. Not a bad way to kick off a GM career. von Oelhoffen was signed February 14th, 2000, Valentine’s Day. And it was love at first snap.

A well-established veteran, he signed in Pittsburgh during his age-29 season. He started all 16 games, mostly plugging the middle, recording just one sack. But the Steelers’ run defense shot up from 29th in 1999 to 12th in 2000, a sign of his impact on the front. With the addition of Casey Hampton in 2001, that unit finished in the top five.

von Oelhoffen became a more established pass rusher later in his career. With Cincinnati, he had just five sacks in six seasons. After just one in 2000, he jumped to four in 2001 and three the next year, more than doubling his career total in just three seasons with Pittsburgh. 2003 would be his breakout and borderline Pro Bowl seasons climbing to a career-high eight sacks, though his individual achievements were overshadowed by the team’s 6-10 record and third place AFC North finish.

His most memorable moment came in an unfortunate circumstance, falling into Carson Palmer’s knee during the 2005 Wild Card Game against the Bengals, his former teams. Cincinnati fans to this day believe von Oelhoffen did it intentionally. He denied it and of course, he didn’t, but later publicly apologized for what happened, later describing  Palmer’s knee tear as “a gunshot.”

It is fair to wonder if the Steelers would’ve won that game had Palmer finished it. But Bengals fans should direct their anger to the team for blowing a 10-0 first quarter lead instead. But Pittsburgh won and went on to win their fifth Super Bowl with von Oelhoffen winning a ring.

As is common in post-Super Bowl offseasons, he left the team and landed with the New York Jets in 2006, starting all sixteen games and putting up a sack. His final season came in 2007, appearing in eight games for the Eagles. von Oelhoffen didn’t travel much in his NFL career: Cincinnati to Pittsburgh to New York/New Jersey to Philadelphia.

Since his NFL days, von Oelhoffen has done some coaching, a pass rush specialist for Texas A&M-Commerce back in 2018. He’s no longer listed with the school. His daughter plays basketball at Oregon State and is coming off a fantastic freshman year, an All-Pac 12 selection while leading the Beavers with 13.7 PPG.