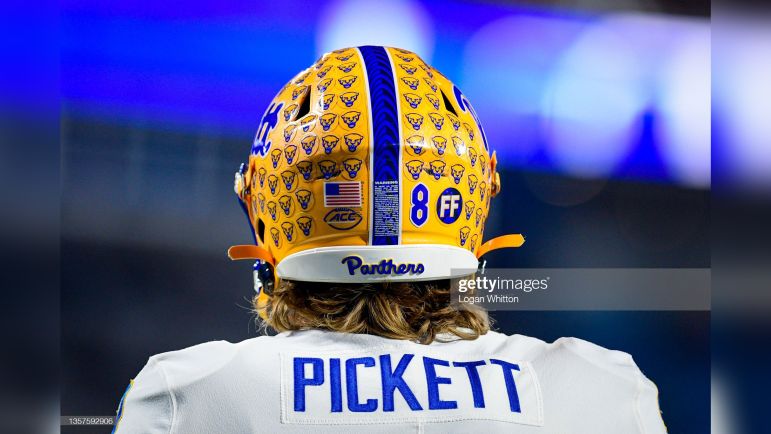 The draft is a crapshoot as much for the players as it is for the team. For as little there is in the way of guarantees that a prospect is going to turn out the way a team hopes when they select them, the players have little assurance that they are going to be drafted by a team that has the willingness and knowhow to properly develop them—let alone which team will draft them.

That is, of course, the whole point of a draft system, the merits of which can and have been debated, but the point is, players very rarely, unless they’re the consensus top prospect, know where they’re going to be drafted until they’re drafted.

There were plenty of indications that Kenny Pickett may wind up staying in Pittsburgh where he played his college ball, drafted by the Steelers, but he had to be prepared for the very realistic possibility that he could have been taken by another team. Now he’s just glad that he doesn’t have to worry about that—and as he told Aditi Kinkhabwala, Pittsburgh was always going to remain a part of his life regardless of where he could have wound up.

“I knew I would end up right where I was supposed to be”, he said with the ease of hindsight while out on a boat with Kinkhabwala for a segment on her We Need to Talk program. “As soon as I got the call, I was all in on being a Steeler, and I’m back home, my second home”.

.@kennypickett10 has had his eye on two very clear goals: going to the @NFL and coming in first place on a fishing boat.

We have seen the football part, let’s check out the fishing part right now with @AKinkhabwala. pic.twitter.com/mRKrjxcr1g

“I always planned on coming back here every year anyway for Pitt”, he said, “and show support that way. But now that I live here, now I can really show my support and love all the time while I play as a Steeler, so it couldn’t have worked out better”.

A New Jersey native, Pickett spent the past five seasons at Pitt, and had one of the all-time great seasons in school history a year ago as he led the Panthers to a conference title, throwing for over 4,000 yards with a school-record 42 touchdown passes.

Pittsburgh has become a foundational part of his life, which he made clear talking about how he had always planned for the city to be a recurring return destination as a Pitt alum. But now that he is staying in the city—and now that he is a multi-millionaire—he truly has the opportunity to do great things and build a lasting legacy in the city that has already meant so much to him, and which can mean so much more.

He has already secured a bit of immortality for what he did with the Panthers, particularly last season, in Pittsburgh, but imagine what legacy he could build by helping to bring another Lombardi or two to the Steel City. Regardless of what he achieves on the field, however, his mind is also on what he can do for the city off of it, which you’ve got to respect.