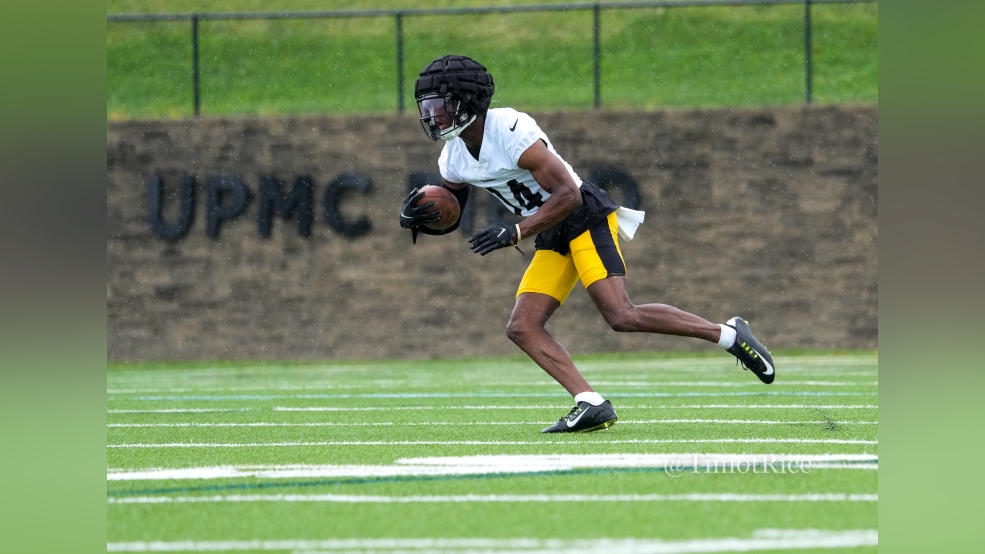 When the Pittsburgh Steelers aren’t in pads, I look for one thing – traits. Evaluating a players overall game can be tough. There’s no tackling, no full-contact, making judging a player difficult. Shells are glorified OTAs with more eyes watching. So I look for baseline physical tools and a little bit of technique to play their position.

Three days in and rookie WR George Pickens has been as impressive as anyone. He’s still gotta check the “do it with the pads on” box. But no doubt, he’s showing why the Steelers drafted him.

Of the first three days, Friday was his best practice. Stats don’t tell the whole story, and he had just two receptions in team drills, but made the most of both. His first was his best, a 31-yard grab, pulling the ball away from a diving Ahkello Witherspoon, plucking the ball away from his body while seeing it in the entire way, then turning upfield down the right sideline and cutting back before the play was declared over. Later, he caught an 18-yarder right side on a well-thrown ball against zone coverage. Both big gainers on the day and both showed what made him a first-round talent, falling into the second day due to his ACL injury.

While his hands aren’t big, just 8 3/4 inches, they have great strength and he consistently catches the ball effortlessly outside his frame, even in traffic. Despite being long and a little wiry, he’s fluid who gets in and out of his breaks with ease. There’s work to do on his footwork and nuances of route-running, not being so choppy with steps, not drifting on his 90-degree cuts, but those are all things that WRs Coach Frisman Jackson can teach. That’s his job. The baseline traits are all there.

I’ll be the first to admit I was skeptical of Pickens’ ability to make an immediate impact. That he missed too much time last year, was too young, and would face a steeper learning curve. And to be sure, it’s still early – there’s no pads on yet and we’ve seen receivers shine in shells and shrink in pads. But I have a feeling Pickens won’t be slowing down. The talent was obvious and he was easily my favorite draft pick of the seven Pittsburgh made.

Since Day One, Pickens has been running first team in 11 personnel. He’s made the most of those reps. He won’t enter the regular season as the team’s #1 and in an offense more focused on the run, Pickens may lack great volume as a #3 option. But similar to yesterday, averaging 20 yards on two catches, he has the ability to hit big. If the first three days are a preview of what’s to come, Pickens is the real deal.