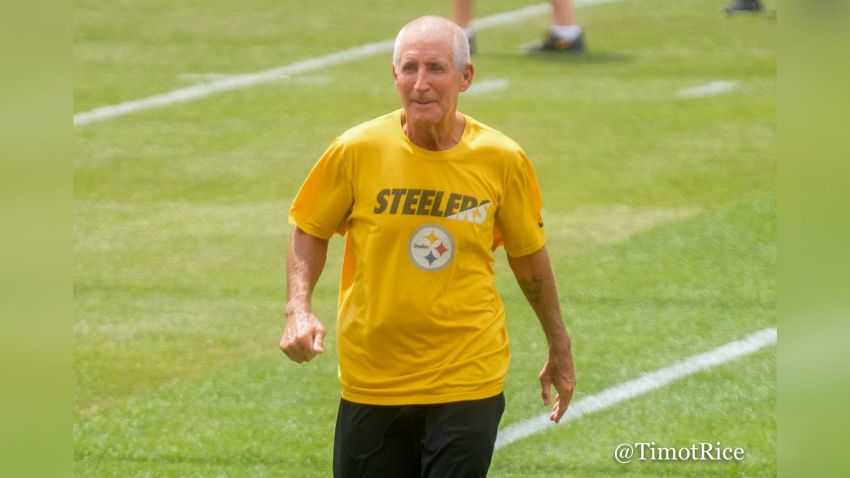 If you’ve ever seen Danny Smith—and I’m not even talking about in person, on the field, in practice, in games, I mean just a picture of him—you can probably surmise that he is a man who loves the game of football. The veteran Pittsburgh Steelers special teams coordinator can’t help but project that aura of appreciation for the sport.

Of course, he feels the same way about bubble gum, so there’s that to consider as well.

But when it comes to football, man, he’s your guy. Like so many individuals who do end up excelling at this level, he is exactly one of those people who have given themselves up to the game, not just in the pursuit of excellence, but because it’s what they love, and often, because they can’t see themselves doing anything else. Smith is one such man.

“I’m a lifer, man. I got no hobbies, I really don’t”, he told reporters back during minicamp and OTAs. “I’m not a golfer. I’m not a traveler, that’s a pain in the [expletive] anymore”. What he does have is football, and coaching football, and chewing gum will watching his players practice and play football.

“I don’t know what the hell I’d do if I didn’t have this place and football”, he added, to probably nobody’s surprise. “You’re probably gonna see me crawl off one day. I’m good to go, man, I love it. I prepare for it. I’m forever, that’s just my mentality”.

There are some who just have a calling. They know what they want to do. Lemmy Kilmister pretty much played rock and roll until he died. His was a life dedicated to music, because he had an all-consuming passion for it. And Danny Smith’s passion is football.

A member of Mike Tomlin’s coaching staff since 2013, he is now rounding out a decade in the city in which he was born, Pittsburgh, back in 1953. He began coaching football in 1976 as a graduate assistant at Edinboro. He then coached high school football for a couple of years before landing a job at Clemson in 1979, then William & Mary a year later. He even coached at The Citadel—you have to love football to take that job.

His first NFL job didn’t come until two decades into his coaching career, hired by the Philadelphia Eagles to be not just a special teams coach, but also defensive backs coach. He even coached tight ends for the Detroit Lions in 1999-2000. His long-term post as special teams coach at the NFL level began in Buffalo in 2001, however.

There is an ongoing debate among fans about whether or not Smith is actually good at his job. That has no real-world effect, of course, on his job security, but I’m sure there isn’t a criticism fans have of his units that he doesn’t already see, assuming it’s a valid one. He spends all day watching tape and chewing bubble gum. That’s how he orchestrated two blocked punts last year.