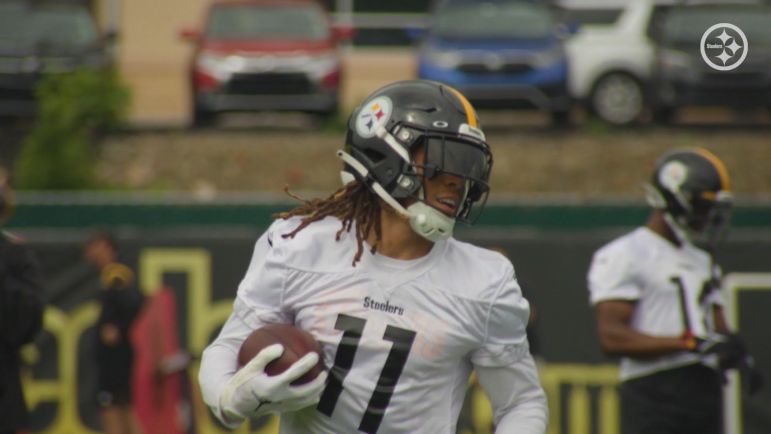 Fans can run down a list of reasons that they are excited for the Pittsburgh Steelers to open up training camp next week in Latrobe at Saint Vincent College. For one thing, it marks more than a month of inactivity on the football front. For another thing, it’s the first time in years they’ve been able to go back out to Latrobe.

More fundamentally, there are a lot of football questions to answer, and that includes what is going on under center in the post-Ben Roethlisberger era. Needless to say, they drafted Kenny Pickett in the first round in April to be their long-term starter, but they also signed Mitch Trubisky to play this year.

While Trubisky is the prevailing favorite to start on opening day, the eyes will still be on the rookie as the anointed one, the first true heir apparent to Roethlisberger that there really has been since Roethlisberger himself was the heir apparent for all of about a game and a half—and he wasn’t the heir to anybody, unless you were a Tommy Maddox superfan, which nobody was going into 2004.

Opinions from beat writers as to how Pickett performed during spring drills were mixed, but teammates generally came away impressed with how the rookie carried himself. “Kenny Pickett’s doing a really good job”, wide receiver Chase Claypool told Jake Brown at a recent Jackie Robinson Celebrity Softball Game event. “He’s being a professional early on, and he’s not even a rookie yet, so that’s exciting”.

By ‘not even a rookie’ of course, Claypool means that Pickett hasn’t played yet, hasn’t been in an NFL season. He hasn’t even experienced a padded practice yet, but that will all come in time. And he’s been running as a third-string quarterback up to this point, so there is still a few thousand metric tons of evaluation yet to go through before anybody can make a coherent decision on who Pickett is.

So for himself, Claypool is just looking forward to getting back to football. Everybody enjoys their time off—I even had some much-appreciated time off recently ahead of the Steelers heading out for camp—but it’s time for everybody to shift their focus, and the third-year receiver is “super excited”, he told Brown, to get back up to Latrobe.

Or rather, to experience Latrobe for the first time, since his rookie season was when the pandemic hit in 2020, and the Steelers have had training camp inside of what is now Acrisure Stadium the past two years. “You can only spend so much time in the offseason without missing football, so I’m definitely starting to miss football a whole bunch”, he said of looking ahead to getting up to Saint Vincent College.

And I’m sure we can all relate to that sentiment. Opinions vary immensely in terms of what to expect success-wise from the Steelers this year, but I think there is a lot of anticipation throughout all parts of that spectrum just to see how everything unfolds this year. This is a Steelers team like we haven’t seen in a long time, which a lot of questions to answer, while also potentially having those answers.