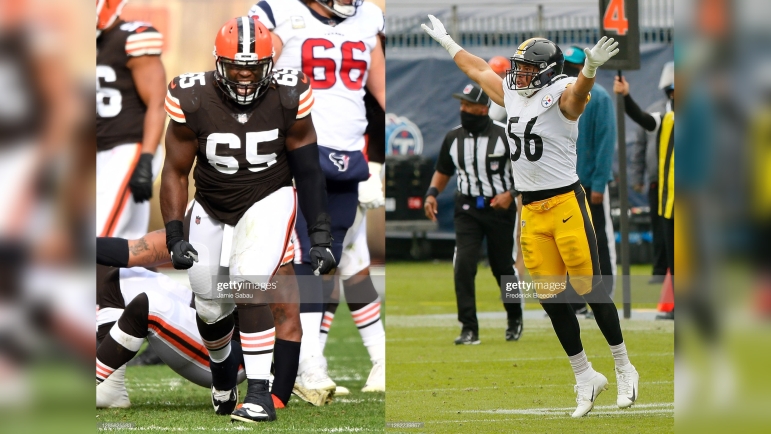 While the professional level is an altogether different beast than the amateur ranks, you would be hard-pressed to find an NFL athlete who doesn’t still care quite a bit about his alma mater and follows his fellow alumni. That might be even more true of those who come out of smaller schools like Charlotte.

The Pittsburgh Steelers have collected themselves a couple of Charlotte 49ers now since signing veteran defensive lineman Larry Ogunjobi last month, who just so happens to have played with third-year Alex Highsmith, at least for one season, before being drafted in the third round by the Cleveland Browns in 2017. Highsmith was drafted by the Steelers in the third round three years later.

“Me and Alex went to school together, so there’s that, and his dad was always following me real close throughout my years in the league”, Ogunjobi said of his relationship with Highsmith. “We always kept in touch, and Alex is like family, so he was excited when there were, like, rumors of me coming here”.

Ogunjobi was the first player in school history to be drafted into the NFL, followed by Nate Davis, also taken in the third round, by the Tennessee Titans in 2019. Highsmith is the third and most recent draft pick, in 2020, from the school, though Ben DeLuca, a college free agent, is another active player who was Ogunjobi’s and Highsmith’s teammate in college.

The former alluded to Sam Highsmith, who is a very active football dad. He was very comfortable in the role of Charlotte ambassador, but had adopted the same role in Steeler Nation since his son came on board, and has been embraced by the fans as well. He’s also not a bad salesman.

“He was like, ‘Man, you’d look really nice in that black and yellow’”, Ogunjobi said of what the senior Highsmith told him when rumors began to circulate that he would be visiting the Steelers, adding that it would be nice for him to play with his son again.

Now both Larry and Alex will be starters in the Steelers’ front seven this year, playing pivotal roles in the outcome of this season. How long they have together, however, remains to be seen. Ogunjobi signed just a one-year deal after a more lucrative three-year contract with the Chicago Bears fell through due to a foot injury.

Highsmith is still under contract for the next two years on his rookie deal, though could be in line for an extension around this time next year. But that’s a question for 2023. For now, they’ll enjoy rooming together at Saint Vincent College, Ogunjobi with the young walk-on who “used to message me about rushing and all that kind of stuff”.