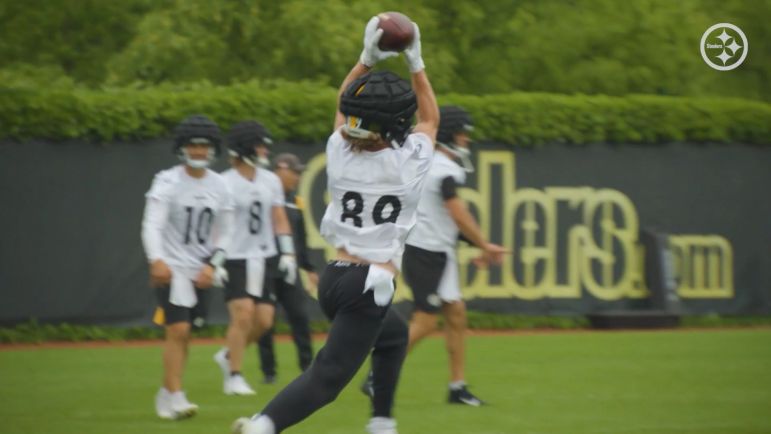 Special teams coordinator Danny Smith put out the claim earlier this offseason that the Steelers have plenty of options this year as they search for a new return man after losing Ray-Ray McCloud, their primary punt and kick returner for the past two seasons, in free agency earlier this year.

The Steelers actually have two All-Pro returners currently on their roster, one being Diontae Johnson, who was named to the second team as a rookie in 2019, but who has since become too important on offense for that kind of exposure.

The other is Gunner Olszewski, who was first-team All-Pro in 2020 with the New England Patriots. Pittsburgh signed him as a free agent after losing McCloud, and he is understandably the favorite to take over that job.

But theoretically, there are other options. That includes rookie fourth-round pick Calvin Austin III, who has excellent speed, and who might otherwise have a hard time getting snaps on offensive behind Johnson, Chase Claypool, and fellow rookie, second-round pick George Pickens.

Another option is Anthony McFarland Jr., a third-year running back taken in the fourth round in 2020 out of Maryland. He has accomplished very little since being drafted, and earlier this offseason, he pretty much declared his intentions to win a return job in 2022, to help ensure his continued employment.

There are other options. Steven Sims, who spent all of last season on the practice squad, had some experience in Washington as a returner, even with a touchdown to his name. Cameron Sutton is the least likely of the names I mentioned, but I also included ‘The Field’ as an option, because, well, there are other options out there. It’s just a matter of finding them.

But really, I think the question ultimately comes down to how valuable Olszewski is at that roster spot versus another wide receiver who may be better able to contribute on offense, like somebody like Anthony Miller. If Austin, for example, could handle the return job, Miller would be a stronger sixth receiver. And perhaps Olszewski could even be stashed on the practice squad.

But that doesn’t change the fact that he is far and away the favorite to be their return man this year.