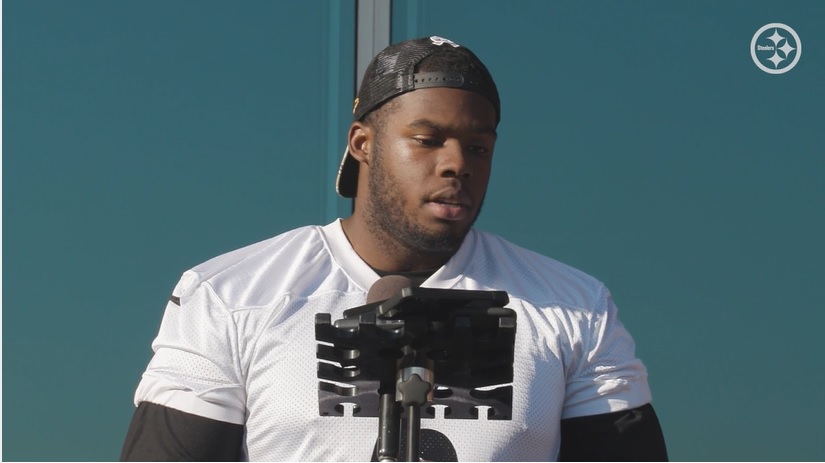 In the Mix: Pressley Harvin III, Cameron Nizialek, The Field

The Steelers spent a seventh-round draft pick on Pressley Harvin III next year to be their starting punter, in the process unseating incumbent Jordan Berry, who went on to have a successful season with the Minnesota Vikings.

Harvin did not have one of those whatchamacallits, those successful seasons, last year with the Steelers. In fact, he was one of the very worst punters in 2021, likely over the last several years, among full-time starters at the job.

And his competition on the roster is a player who went unsigned out of college in 2018. In fact, his first professional job was with the Atlanta Legends in the AAF in 2019. Cameron Nizialek did later sign with the Baltimore Ravens, in August, though he was cut two weeks later. He spent some time on the Jacksonville Jaguars’ practice squad in 2020, finally making his NFL debut in four games with the Atlanta Falcons last season, punting 18 times for a 45.4-yard gross average. His net average was 39.8, with seven of his 18 punts inside the 20.

Nizialek got hurt and was placed on the Reserve/Injured List on October 5, however, and released five weeks later. He remained unsigned until the Steelers added him to the practice squad on Christmas Day when Harvin’s father died and he was away from the team. Again, he was released two weeks later when Harvin returned, but re-signed to a Reserve/Future contract on January 26.

You’ll notice that I included ‘The Field’ as being in the mix for the starting punter job. That’s because the Steelers could easily make a move here over the course of the next couple of months. One of those moves could be to try to get back Corliss Waitman, who filled in for Harvin for the two games he missed last year.

The Denver Broncos claimed Waitman off waivers last year, and he’s still on their roster, but he’s not the favorite to win the punter job, as they have an established veteran at the position in Sam Martin. If Waitman has a good preseason and gets cut, expected the Steelers to put in a waiver claim, or at least strongly consider it, especially if Harvin struggles to stabilize entering year two.