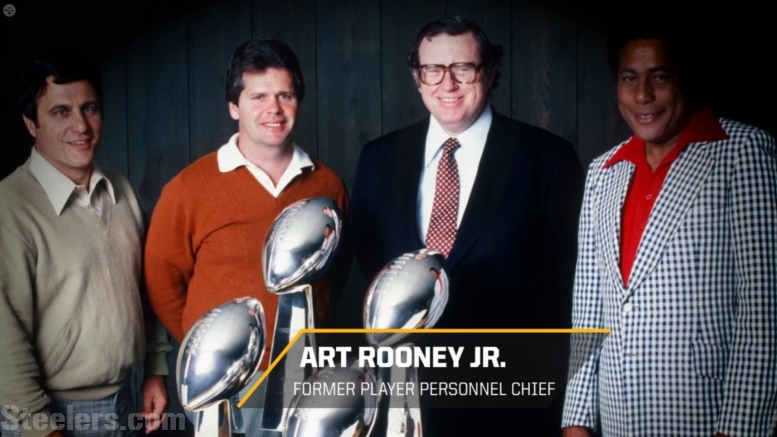 Question: Is it time for Art Rooney Jr. to get his due?

Art Rooney Jr.’s name came up yesterday on a list of semifinalists in the contributor section for the Pro Football Hall of Fame class of 2023. A lot of you might not really be sure just exactly who Art Rooney Jr. is, even if his name might sound obnoxiously familiar.

Well, he is of the generation between The Chief and Art Rooney II. He is Art II’s uncle, Dan’s brother, and The Chief’s son, let’s put it that way. But he was also an incredibly important part of the organization. I say was not because he’s no longer with us (literally or figuratively), but because his title of Vice President of the organization is likely largely ceremonial at this point.

But he was pretty damn important. You know how these days we all give Bill Nunn so much credit for building the Steelers dynasty of the 1970s? Well, Art Jr. was Nunn’s boss, as Personnel Director from 1965 to 1986.

Dan Rooney gets most of the credit for changing the culture of the organization, but his brother, Art Jr., was also hugely integral in, let’s say, cleaning up some of the soft spots in The Chief’s approach to doing business, and finding the right people to run things.