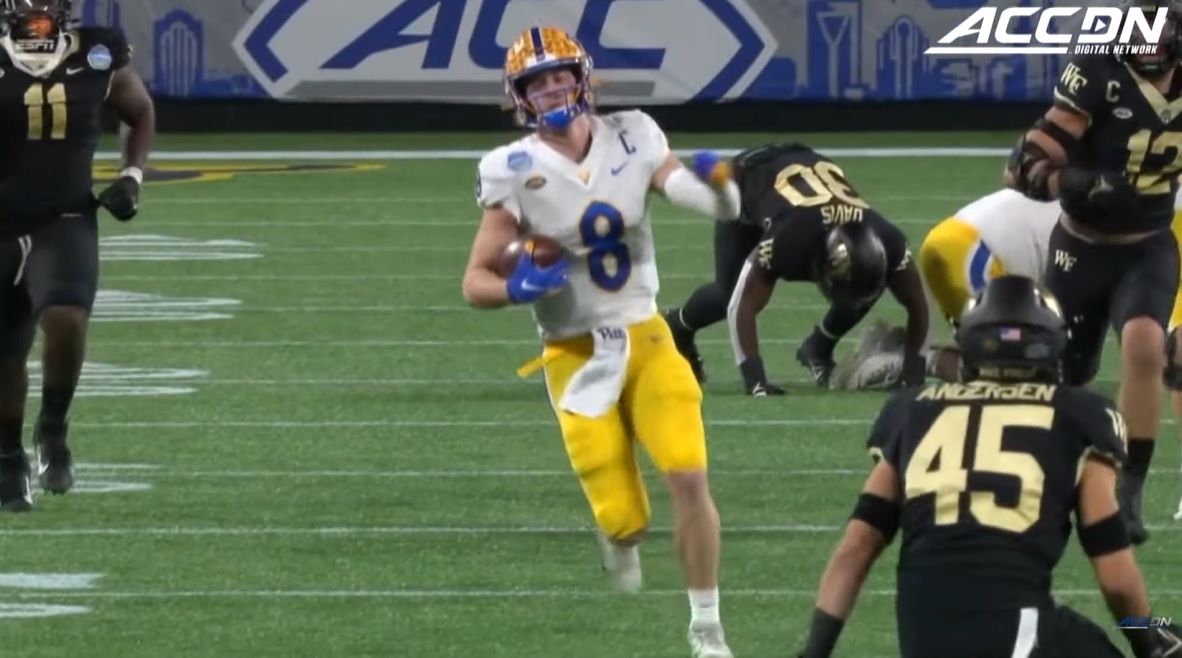 Steelers rookie quarterback Kenny Pickett might not blow anyone away with his physical traits. But he’s aware that his athleticism is an underrated part of his game that can assist him as he adjusts to the NFL level. The ease with which he escaped the pocket with and using his legs when he needed helped him have have an historic year at Pitt.

It’s also what captured the attention of the Steelers, who had not witnessed a lot of resourcefulness at the quarterback position the last two seasons with an aging Ben Roethlisberger. Pickett is confident that his youthfulness and playmaking ability can provide the Steelers with the jolt they desperately desire offensively.

“I think it’s definitely an aspect of my game I’m excited to show,” said Pickett in an interview with retired NFL punter and media personality Pat McAfee on The Pat McAfee Show on Tuesday. “I think the game’s kind of changed and you look around the league, a lot of guys are athletic and they extend plays and that’s how a lot of big plays happen. That was something that coach (Mark) Whipple really helped my game—to keep my eyes down the field and finding the receivers and making big time plays. So that’s something I think I’ll definitely use in coach (Matt) Canada’s offense. He naturally kind of integrates it with how he moves the pocket and does a lot of great things. So I’m excited to kind of show that this camp.”

Considering that the NCAA ratified the “Kenny Pickett Rule” in late April, the fake slide that McAfee references is probably Pickett’s most famous play over his entire collegiate career. And while it did draw criticism from all over, it’s still fun to look back and recognize just how remarkable it was. To stop all momentum and then kick it back into high gear in a race to the end zone is something that just isn’t plausible for a lot of players. And while Pickett won’t be able to use that specific move again, the realization that he’s capable of making a dazzling play here and there is what’s really important.

Plus, Pickett has never shied away from contact. He actually embraced it in his final year at Pitt, most notably on a first down scramble to help beat perennial power Clemson at Heinz Field. Those type of extra effort type plays are what can lead him to immediate success whenever he does grab the starting job. While he may never be known for his athleticism, there’s reason to believe that he has enough of it to impact winning, which is all that really matters.