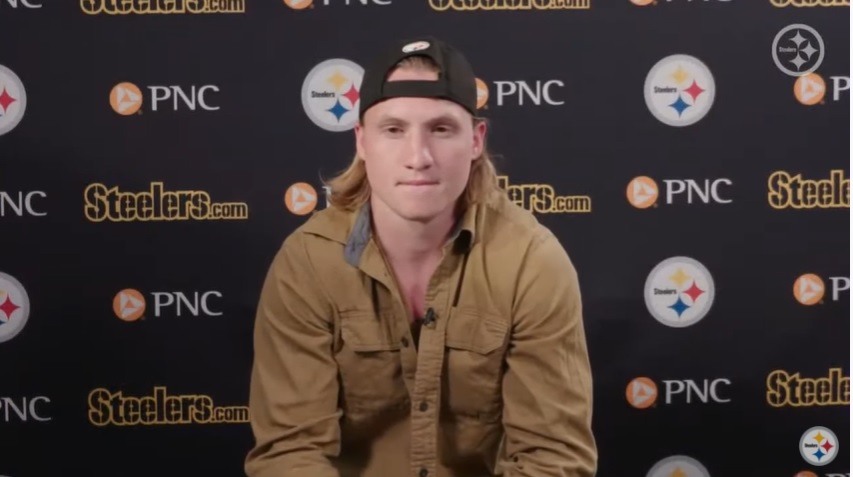 Quite the story as a former undrafted free agent from Bemidji State in Minnesota, Olszewski originally entered the NFL as a cornerback before switching to wide receiver with the New England Patriots, carving out a role on special teams. Since entering the NFL, Olszewski has been one of the top return men in the league, earning that First Team All-Pro selection in 2020 after averaging 17.3 yards per punt return, adding one return touchdown in the process.

Now, after seeing his tender declined by Bill Belichick and the Patriots, Olszewski has found a new home, one that prides itself on special teams, while providing a stable organization overall, starting with head coach Mike Tomlin.

Appearing on Steelers Nation Radio Tuesday, Olszewski credited Mike Tomlin for his signing in Pittsburgh, but also highlighted special teams coordinator Danny Smith as a key reason why he’s in the black and gold now, in large part due to the overall pride and commitment the Steelers have shown to special teams in the past.

Of course, New England also took a ton of pride in special teams play and paid a great deal of attention to that unit under Belichick. Landing in Pittsburgh though is about the best lateral move Olszewski could have made in free agency though, from a fit and expectation level overall.

Gunner Olszewski with the punt return for a touchdown 👀👀🔥🔥.

This time it’s not called back due to a penalty. pic.twitter.com/YsHtujZxmh

“And that’s what I’m so excited to come to a team like this,” Olszewski said on SNR Tuesday to hosts Arthur Moats and Wes Uhler, via the Steelers Blitz podcast. “That’s another thing that it alluded to me coming to Pittsburgh was, I know they take pride in special teams. So one way or another, I’m gonna find my role here, whatever that may be. And there’s gonna be a spot for me. And they appreciate the way guys work and that, and that’s what I’ve always prided myself on.”

That pride in special teams took a bit of a hit not only during the 2021 season, but during the offseason as well, as return man Ray-Ray McCloud signed with the San Francisco 49ers, leading to the Olszewski signing. The Steelers also found themselves at a crossroads with punter Pressley Harvin III, who struggled mightily during his rookie season while dealing with tragedy off the field.

Newest Steeler Gunner Olszewski on the art of the return and what makes a good punt/kick returner pic.twitter.com/Fq0GSllRzV

Add in the special teams penalties and general miscues and it was a rough season for Smith’s unit. That said, there was also a ton of success too, including two blocked punts — one of which went for a touchdown in Week 1 against the Buffalo Bills last season.

For the Steelers to take that next step in their rebuild and make a deeper run in the postseason, they’ll have to become a three-unit team once again. Olszewski could go a long way in helping rebuild the Steelers’ special teams units right away in 2022.