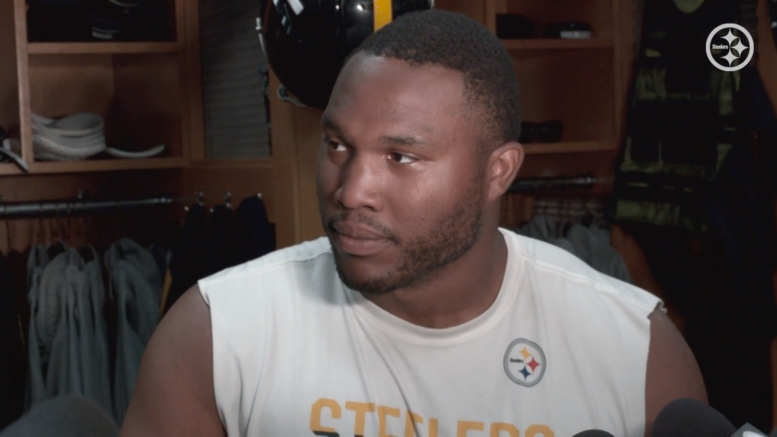 Life can change in an instant. Many, many people throughout the world have experienced such life-altering moments. That moment came for Stephon Tuitt and his family one year ago, on June 2, when his younger brother, Richard Bartlett III, was struck and killed by a hit-and-run driver.

While Tuitt personally was not present, Bartlett’s family was caravanning at the time, helping him to relocate as he set to embark on the next chapter of his life. A careless driver struck him while they were parked on the side of the road tending to a loosened mattress; the driver has yet to be found, leaving an unresolved element to the family’s tragedy and grief. Tuitt was about to ask Bartlett to be his daughter’s godfather—Gwendolyn Rose.

By that point, Stephon Tuitt had played eight seasons in the NFL, and in fact was coming off of a career year that saw him reach 11 sacks with 10 tackles for loss, 25 quarterback hits, two forced fumbles, and three batted passes. The future looked quite bright, going into his age-28 season.

Now, at the age of 29, he is retiring from the NFL. Why? He said in a statement issued through the team, “After the tragic loss of my brother Richard, and upon completing my degree from the University of Notre Dame, I know I am being called to move beyond the sport of football”.

Coming out of college at just 20 years old as an underclassman, Tuitt’s life was football for a period of time, but he was always more than that. He has spent the past several months weighing the implications of that, ultimately leading to his decision to move on from football—for reasons we can’t ever fully digest without being in his head.

Did he lose his passion for the game—which he amply displayed whenever he was on the field? Did he feel like he could no longer give what he would need to be able to give to be at his best? Did he simply decide that he needed to do other things with his life, at least for the time being?

None of this, of course, came simply. I do believe that he had every intention of playing last season when he was placed on the Reserve/Injured List following a procedure on his knee that occurred in early September. I also believe that he was genuinely contemplating continuing to play up until recently.

Regardless of what led him to this destination, I respect his right to make the decision that he felt was best for himself and his family at this point in his life. Selfishly, I was very eager to see him back on the field, because I enjoyed watching him play, and because it would have helped the Steelers tremendously.

As just another human being who has experienced loss, however, I understand that sometimes you have to make decisions that put yourself and your wellbeing at the forefront. After many months, he has decided that playing football at the highest professional level cannot be a part of his best life right now. I can do nothing but respect that. I hope that Steelers Nation will continue to embrace him and wish him well as he moves on, even as we lament the dashing of the opportunity to witness him perform.

On a personal note, if you have genuine empathy, I think you should have Stephon and his family in your thoughts today, marking the anniversary of the tragic and untimely passing of a loved one, as they do on this and every June 2 to come.