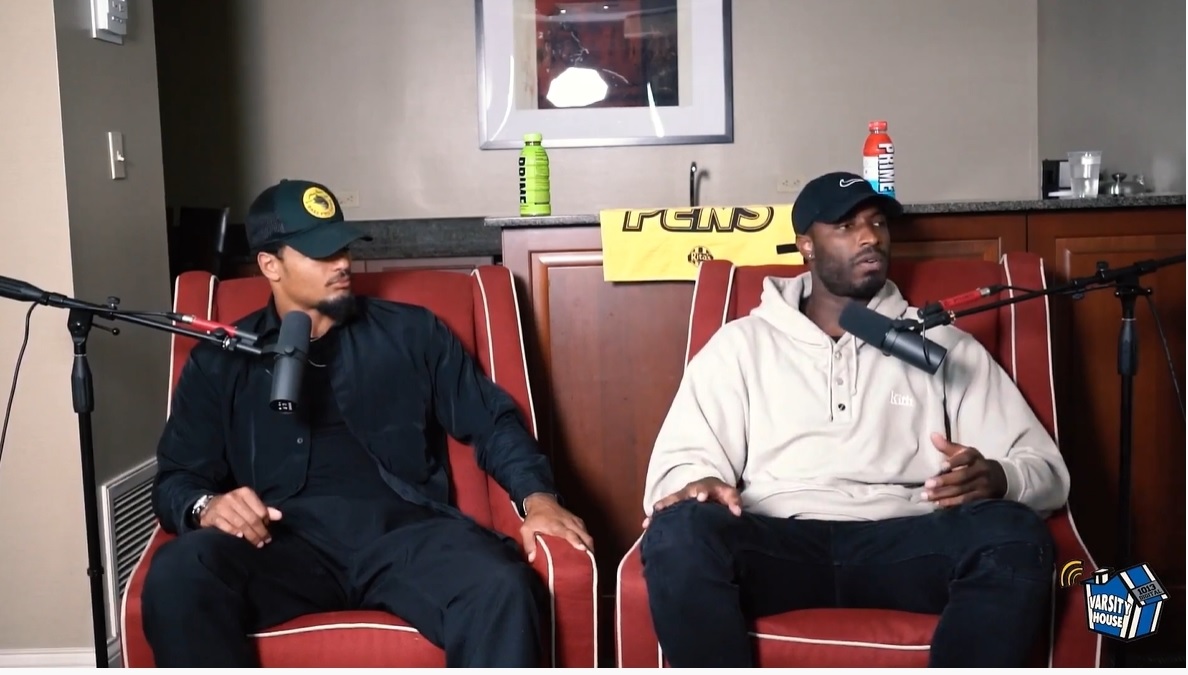 Players going to new teams can be a shock. You don’t know any players, and coaches, you’re stepping into a whole new world even if you’re staying in the same sport. Some of that will resonate with Miles Boykin, claimed off waivers by the Pittsburgh Steelers earlier this offseason. But there’s one familiar face that greeted him in Pittsburgh – WR Chase Claypool, his teammate at Notre Dame. And Claypool was the first player to find out Boykin was coming to the Burgh.

That’s what Boykin said in an appearance on the Varsity House Podcast aired Wednesday afternoon, one that also featured Claypool and Minkah Fitzpatrick.

“The Steelers’ personnel, one of the scouts called me, and said we’re happy to have you,” Boykin told the show. “You still have to pass your physical before we make it official so don’t tell anybody. The only person you can tell is Chase. We’ll see you in a couple hours.”

Boykin then ribbed Claypool, saying he called and in “typical” Chase fashion, he didn’t pick up. But Claypool called him back a short time later and Boykin told him the news. Claypool joked he wanted to break the news but was sworn to secrecy, though the NFL leak world announced things moments later.

Pittsburgh claiming Boykin off waivers came as little surprise. The team showed plenty of interest in him during the 2019 draft, needing a receiver after Antonio Brown forced his way off the team. But the Steelers chose Diontae Johnson instead, a cleaner replacement for the “X” position Brown occupied. It helped Boykin was drafted in-division but Claypool says Tomlin had kept his eye on Boykin ever since.

“Coach T, every time we played the Ravens would ask about Miles,” Claypool said. “Because he loves big receivers who play special teams…you were in line for kick return and Coach T said something to him. So I didn’t know it was going to happen but it made sense that it did happen.”

Boykin offers a similar skillset to Claypool. A rare blend of height, weight, and speed, tipping the scales at 6036, 220 pounds with a 4.42 40. Similar numbers to Claypool, who weighed in 6042, 238 pounds with an identical 4.42 40. Boykin has had a slow start to his NFL career, phased out of the Ravens’ run-heavy offense but carved out a role on special teams. He played 144 snaps there in just eight games last season, 63% of the total reps, and offers intriguing value as a gunner and jammer for Danny Smith.

With two receivers drafted in George Pickens and Calvin Austin III, the Steelers’ receiver room looks crowded. Boykin is penciled in as a #6 receiver behind Gunner Olszewski, also signed for his special teams ability. But Pittsburgh can and has kept six receivers before. If they do, two of them will be Notre Dame teammates now in Pittsburgh and based off their interaction during the podcast, two pretty good friends.