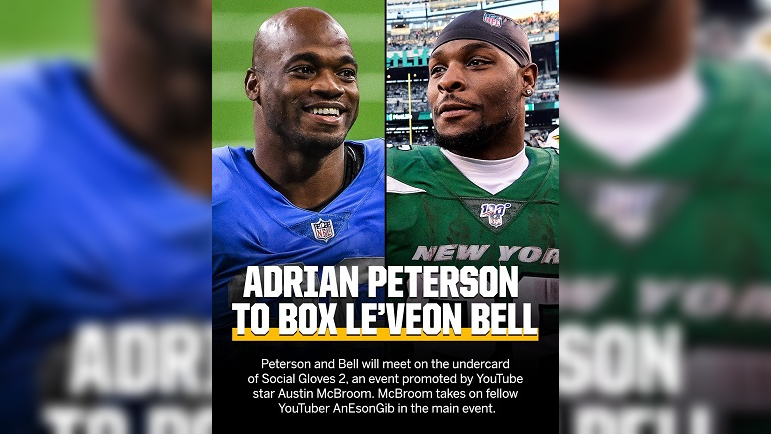 In the latest slate of celebrity boxing matches, former Pittsburgh Steelers running back Le’Veon Bell is slated to face off against former NFL running back Adrian Peterson on July 30 at Crypto.com Arena in Los Angeles, according to ESPN.

Bell and Peterson join other celebrities such as former NBA player Nick Young and rapper Blueface on the card. The event, Social Gloves 2, is being promoted by YouTuber Austin McBroom, who will fight in the main event.

The absurdity of these boxing matches cannot be understated. For one, the fights are exhibitions, which means that they don’t count for any sort of professional record. The first Social Gloves event pitted YouTubers against TikTokers, and to say it bombed would be an understatement. The event fell short of its expected Pay-Per-View numbers, and McBroom was sued by a variety of the involved parties. Needless to say, Bell and Peterson are trying to cling to the spotlight as long as they can by getting involved in the event.

Both Bell and Peterson have a similar build, as they’re both 6’1 and between 215-225 lbs. At Michigan State though, Bell was around 240 lbs. It’s unclear what the weight limit for the fight will be and if any guys will have to cut, or if they’re free to add or drop weight.

Bell’s NFL career wasn’t the same after he left Pittsburgh. He sat out his last season instead of playing on the last year of his rookie deal, signed a lucrative contract with the New York Jets in free agency, and never had more than 789 yards in a season again. He was cut by the Jets early into his second year and bounced around the league, but it wouldn’t be surprising if he never played another NFL game again. If he’s trying to make a career as a boxer, I guess this is a good start because, if nothing else, it’ll at least get attention one way or another.

As far as Peterson goes, he’s accomplished enough in his NFL career that there’s really no reason for him to be doing this except for attention. He’s fifth all-time in rushing yards and won an MVP award after a 2,097 yard season in 2012. While he might be the better running back, I would honestly bet on Bell to win the boxing match, especially if weight isn’t a factor.

The event will likely be streamed on a platform to be announced. Drop a comment if you think Bell has what it takes to beat Peterson or if the former MVP will come out on top.