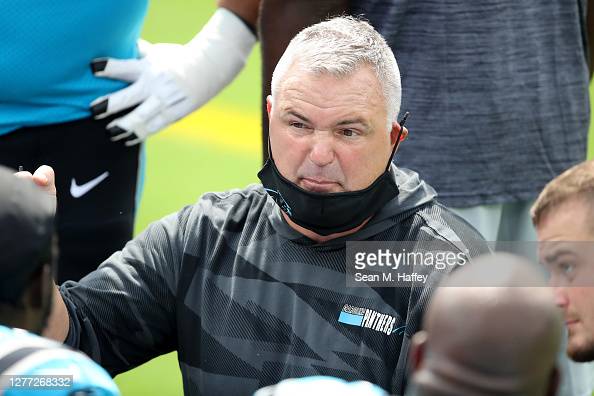 In three seasons, Kevin Dotson has had three different offensive line coaches. Here’s hoping the third time is the charm.

Dotson is now working with Pat Meyer, hired this offseason to replace Adrian Klemm. Speaking on Steelers Nation Radio with Arthur Moats and Wes Uhler Wednesday, Dotson offered some insight into what kind of coach he and the Steelers are getting.

“I love him working with him, man,” Dotson told the show. “He’s very informational. He’ll really sit down and teach you, really help you get what he’s really talking about. He’s not a ‘rah-rah’ yelling type of guy. He’s really trying to get you there without having to force you there. He just wants you to understand where he’s coming from.”

That was certainly our read of Meyer after listening to an hour-long clinic he gave on the art of pass protection and how he teaches it. Softer spoken, detailed-oriented, and at the end of the day, just wants to get the job done, even if it doesn’t always look pretty. You’re going to see “butt blocks” this year. And that will be intentional.

It’s a big year for Dotson, entering his third season and still looking to firmly establish himself along the Steelers’ offensive line. He started four games as a rookie, playing well, before struggling in 2021 and then ending the year with a nasty high ankle sprain. The revolving door of coaches probably hasn’t helped him either. Shaun Sarrett coached him his rookie season. Sarrett was billed as the heir to Mike Munchak but turned out to be Bill Austin instead of the next Vince Lombardi. He was replaced by 2020 assistant Adrian Klemm, who lasted just 15 games before leaving for the Oregon job. 2021 assistant Chris Morgan was passed over for the head job and left for Chicago while the Steelers hired Meyer and assistant Isaac Williams.

Like last year, the Steelers’ offensive line will be its X-Factor. In 2021, it was it failure point, a line that struggled to keep Ben Roethlisberger upright or open lanes in the run game. On paper, things look better this year with more talent, experience, and continuity. How it looks will need to translate on the field with big performances from Dotson, LT Dan Moore Jr, and C Mason Cole.

Arguably no coach has his hands as full as Meyer, who needs to get this unit to at least play average-level football if the Steelers’ offense, and by extension the team, wants a chance to compete this fall. What this team needs is a teacher and Meyer seems to be the man for the job.