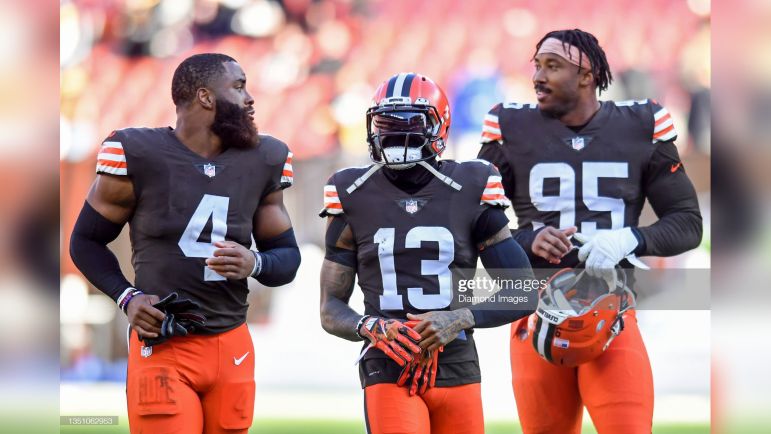 Signed as an unrestricted free agent last year, Anthony Walker started 12 of 13 games for the Cleveland Browns last season, playing over 700 defensive snaps in the process. It’s fair to say that the sixth-year linebacker got plenty of time in with his teammates during that time.

Now going into year two in Cleveland after spending his first four seasons with the Indianapolis Colts, however, he is sensing a much different locker room, one that he believes is more attributable to building a winning culture which, evidently at least from his perspective, they lacked in 2021.

“Last year it was a little standoffish and this is professional football, so I get it”, he recently told reporters, via Cleveland.com. “But to be a great team you’ve got to have that camaraderie, you’ve got to have that team mindset because when you go through the dark days, sometimes you may lose or the dog days of camp, the dog days of this grind and minicamp and everything like that, you need that team brotherhood, that team bond to keep bringing you together, and I’m glad that we’re building that”.

He said that they had that culture while he was with the Colts, although they only posted two winning records during his four years there, and now he is beginning to see steps taken that will bring that culture to Cleveland.

“When I came here, it was a little different”, he said, contrasting his experience with the different locker rooms. “I’m starting to feel what I felt in Indy when I was there. Just the brotherhood that we had, all the guys coming together, the team camaraderie”.

There were, of course, contentious issues, such as that between wide receiver Odell Beckham Jr. and quarterback Baker Mayfield—and that between Mayfield and the team, apparently, which remains ongoing. Nobody was surprised when Mayfield was excused from attending mandatory minicamp, I imagine.

Walker did say that he feels COVID-19 and the restrictions involved did contribute to his sense of the roster last year, and to be fair, the Browns’ roster has relied more upon newer draft picks, free agents, and trade acquisitions, so there is less accumulated time with the players together than he had in Indianapolis. He himself was one of those signings.

This year, everybody—except Mayfield—seems to be on the same page, even as it concerns their new franchise quarterback, Deshaun Watson, about whom only positive things have been spoken even as he faces more than two dozen (and counting) lawsuits. But will it stay that way? Winning would help keep that atmosphere.