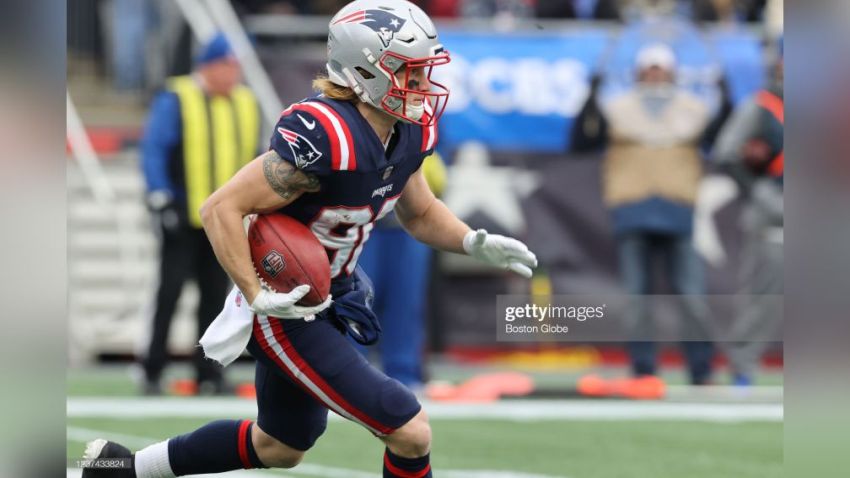 The Pittsburgh Steelers were quick to address the role of return man this offseason after losing Ray-Ray McCloud to the San Francisco 49ers. They turned to Gunner Olszewski, a former All-Pro returner coming over from the New England Patriots, who very much expects to fill that void, and more, now that he is in the black and gold.

Asked on the Steelers Blitz program with Arthur Moats and Wes Uhler what he brings to the table as a returner, he had a simple answer: “Explosiveness and stability. That ball’s in the air, I’m gonna catch it, and I’m gonna try to make the right play”.

A former college free agent out of small-school Bemidji State, Olszewski has compiled exactly 834 punt return yards and 834 kick return yards thus far in his three-year career, having commanded the latter task only for the past two.

He was named a first-team All-Pro returner for the 2020 season after leading the NFL with 346 punt return yards and a 17.3-yard average. He has a 12.6-yard average for his career, and also averages 23.2 yards per kick return.

“Being a return man, it’s the first play for the offense, so my job is to give the ball to the offense, whether it’s a fair catch or whether it’s an 85-yard return for a touchdown”, he explained. “That’s the goal every time, is a 1st-and-10 for us”.

Of course, the offense doesn’t get a new set of downs if he scores, but they won’t be complaining. As the ‘first play for the offense’, it’s basically an offensive score—the first time that the ball is in the hands of a skill-position player.

Olszewski averaged 11.9 yards per punt return in his final season with the Patriots last year, accumulating 309 yards on 26 returns. He also had 416 kick return yards on 18 returns with a 23.1-yard average. However, he also put the ball on the ground three times, which was apparently enough for Bill Belichick.

He believes that was a fluke year and that he is, indeed, the ‘stable’ return man that he alluded to in his earlier comment. Certainly, the Steelers are not moving from better to worse in terms of ball security in moving on from McCloud, who has 11 fumbles in his four-year career, mostly on returns—including four last year.

Still, the Southern boy who’s working on turning his y’all into yinz wants more. He wants to contribute as a wide receiver on offense as well, and he may have that opportunity after the team lost McCloud, JuJu Smith-Schuster, and James Washington during the offseason. Their two primary replacement options are rookies, who may need some time to be brought along into a full-time role.