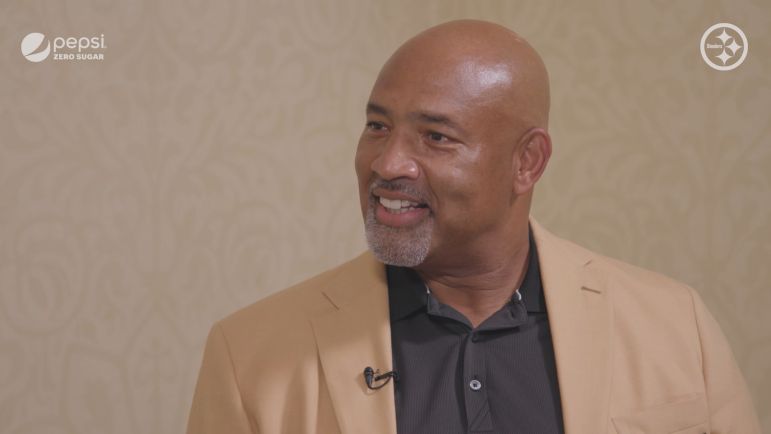 Dermontti Dawson has long been a favorite for Pittsburgh Steelers fans, and that’s not often the case for offensive linemen unless they reach a level of true excellence. Considering the striking resemblance to him shared by one particular bust in the Pro Football Hall of Fame, though, we can safely wager that he accomplished that.

That he played his entire career in Pittsburgh didn’t hurt his likeability, either, and the former center didn’t stay there by coincidence. He wanted to. He chose to. As long as the Steelers were willing to pay him what he was worth, he didn’t want to be anywhere else, as he told Stan Savran recently during an interview on the team’s website.

“For me, I did not want to go somewhere else and try to prove myself when I was already proven here in Pittsburgh”, he said. “I wanted to stay with one team, and I just thought it was an honor for me to stay here and play in Pittsburgh, since those guys originally drafted me. I wanted to be a one-team player”.

Drafted in the second round in 1988 out of Kentucky, Dawson started five games at guard during his rookie season before inheriting the starting center position in 1989 from future Hall of Famer Mike Webster. He would not miss a game for the next 10 years, earning seven consecutive Pro Bowls and six consecutive first-team All-Pro selections along the way.

He also changed the nature and scope of the center position itself, along with another innovator, Dwight Stephenson, the center for the Miami Dolphins who was just before his time. between the two of them, they redefined the athletic build of what a center was expected to be, introducing mobility and adding a whole new layer of nuance to blocking schemes.

Put simply, for a while there, the Steelers were able to do things with their offensive line that no other team could, because they didn’t have the type of center who was equipped to carry out the assignments that Pittsburgh’s coaches were willing to place on Dawson, who volunteered for them.

Of course, Dawson was a guard by nature, so he was not unaccustomed to the idea of pulling around a formation to execute a block, or more frequently working down the field to the second level. Largely, he translated that of a pulling guard to the center position.

Not without the help of offensive coordinator Ron Erhardt and offensive line coach Kent Stephenson, who began employing and encouraging him to employ those aspects into his game beginning in the 1992 season, as he told Savran. While those elements obviously weren’t entirely unheard of before in the league, never before was it such a staple of the offense as it became in Pittsburgh in the 1990s.