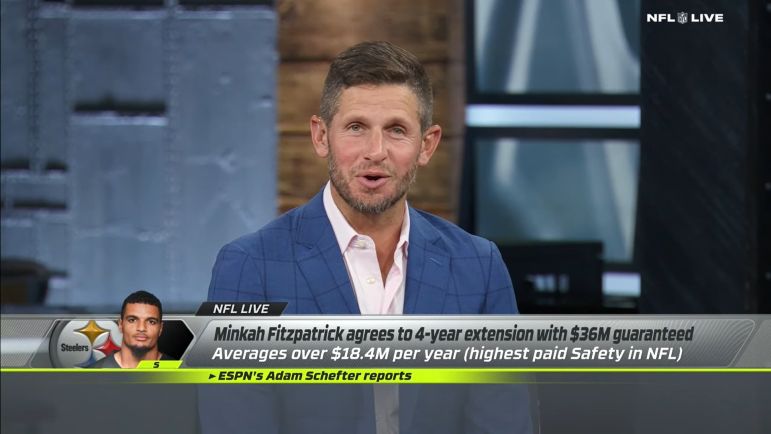 The big news out of Pittsburgh this week was the fact that the Steelers got a new contract extension done with safety Minkah Fitzpatrick, a two-time first-team All-Pro. The news wasn’t so much that the deal got done at all, but rather the timing, as this is typically much earlier on the Steelers’ timeline for completing extensions heading into a player’s final season on his contract.

With every team now in a lull as we have an extended break in the NFL calendar before training camps kick off next month, it’s understandable that the 24-hour sports shows have placed some focus now on Pittsburgh and Fitzpatrick and what that means for them moving forward.

While the majority of commentators acknowledged the obviousness of the deal as a good thing—with some notably silly detractors—many were also quick to point out that getting Fitzpatrick locked up long-term doesn’t actually solve any of the Steelers’ inherent issues. After all, he was on the field for 17 games last season, including the playoffs.

“The reality is this”, Dan Orlovsky said on NFL Live on Thursday on ESPN, talking about how the defense struggled last year; “it started with their inability to stop teams from running the football in between the tackles. And the reality is this: until that changes, or if it doesn’t, Minkah Fitzpatrick and T.J. Watt, their two best players, don’t get to do what they do best, which is chase the ball and chase quarterbacks”.

Disregarding the absence of a mention for Cameron Heyward, Orlovsky obviously has a point, though it’s one that we’re all well aware of. We saw the Steelers’ defense last year, particularly the run defense, and we know that extending a player who was a 17-game starter for that unit doesn’t make them better than they were last year.

“I love the fact that they paid him, and they’ve got two good pieces [ed: again, what? C.A.M.E.R.O.N. H.E.Y.W.A.R.D.], but they’ve got to get back to stopping the football on that 3-4 front, those crazy blitzes with all those big bodies walking around, and forcing the ball to get taken away from offenses”, Orlovsky added.

And he wasn’t very confident that they actually will make that improvement this year. “I don’t think so, certainly not in the secondary”, he said. “I think they’ve got some decent pieces in their front seven that have got to play better, but I don’t think in their secondary, it’s the secondary of old”.

Admittedly, outside of Fitzpatrick, they lack a blue-chip player in the defensive backfield. But I believe they have strength in numbers at cornerback with Cameron Sutton, Ahkello Witherspoon, and Levi Wallace making a very solid starting three when taken as a whole. They also have some depth with Arthur Maulet and James Pierre, and Damontae Kazee is also capable of playing in the slot.

But has the run defense gotten better? From a personnel standpoint, Tyson Alualu will hopefully make a big difference. I could run down the list of ‘hopefully’s, though. There are a lot of reasons to be hopeful things will be better than last year. They very well could be. Will be—that’s far from assured.