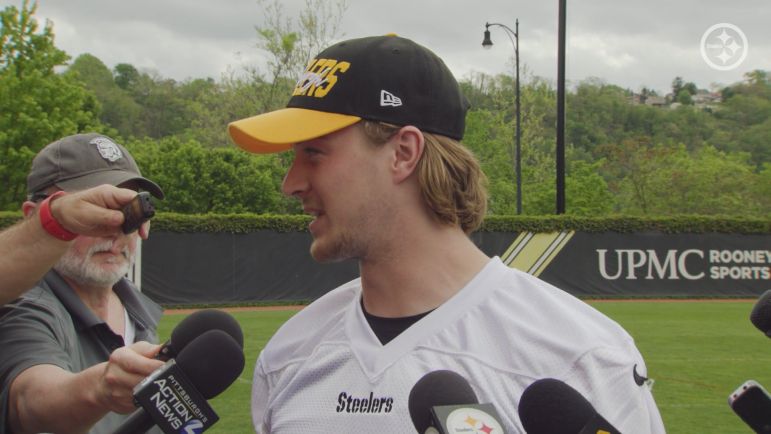 With the Pittsburgh Steelers getting quarterback Kenny Pickett under contract, all 32 first-round draft picks have now signed with their drafting teams, a process completed well in advance of the start of training camps around the league next month. There may be a reason it went so smoothly, all in all.

That’s because every single first-round draft pick received a fully-guaranteed contract this year, Jeremy Fowler notes, which is not a stipulation of the rookie wage scale outlined within the Collective Bargaining Agreement. Since its implementation in the 2011 CBA, at least, this is the first time that all first-round picks have received fully-guaranteed contracts, to the best of my knowledge.

With all first-rounders signed, some rookie contract data:

*All 32 first-round picks have fully guaranteed deals, an improvement from recent years

Since the 2011 CBA, rookie contracts have been ‘slotted’, with salaries largely based on a percentage of the salary cap. It has left very little room for negotiation within those deals, which also cannot be renegotiated until after a player’s third season.

“There are very few negotiable items with rookie contracts anymore”, Corry writes. “The two primary negotiating issues, particularly at the top of the draft, are the payment schedule of the signing bonus and whether salary guarantees will have offsets. Another important consideration is the language outlining the voiding of salary guarantees”.

Other factors such as incentives have been vastly curtailed over the past dozen years, but as you can see, within the modern system, players have been trending toward greater and greater power, to the point where now all first-round picks had fully-guaranteed deals, a plateau from which there is likely no walking back.

Fowler also noted that the first 15 selections of the second round received the first two years of their contract fully guaranteed in addition to some guarantees into the third year of the deal, compared to only seven second-round selections the previous year.

How much further could this go? I think we can say unequivocally that we’re never going to reach a point in which all rookie contracts are fully guaranteed. There are just too many draft picks who never make teams for that to ever be realistic—not that anybody has seriously suggested it.

How far could we see full guarantees go, though? Will we begin seeing some second-round draft picks receive full guarantees? What about progress in terms of protection against guarantees voiding, and offset language? Both are certainly possible.