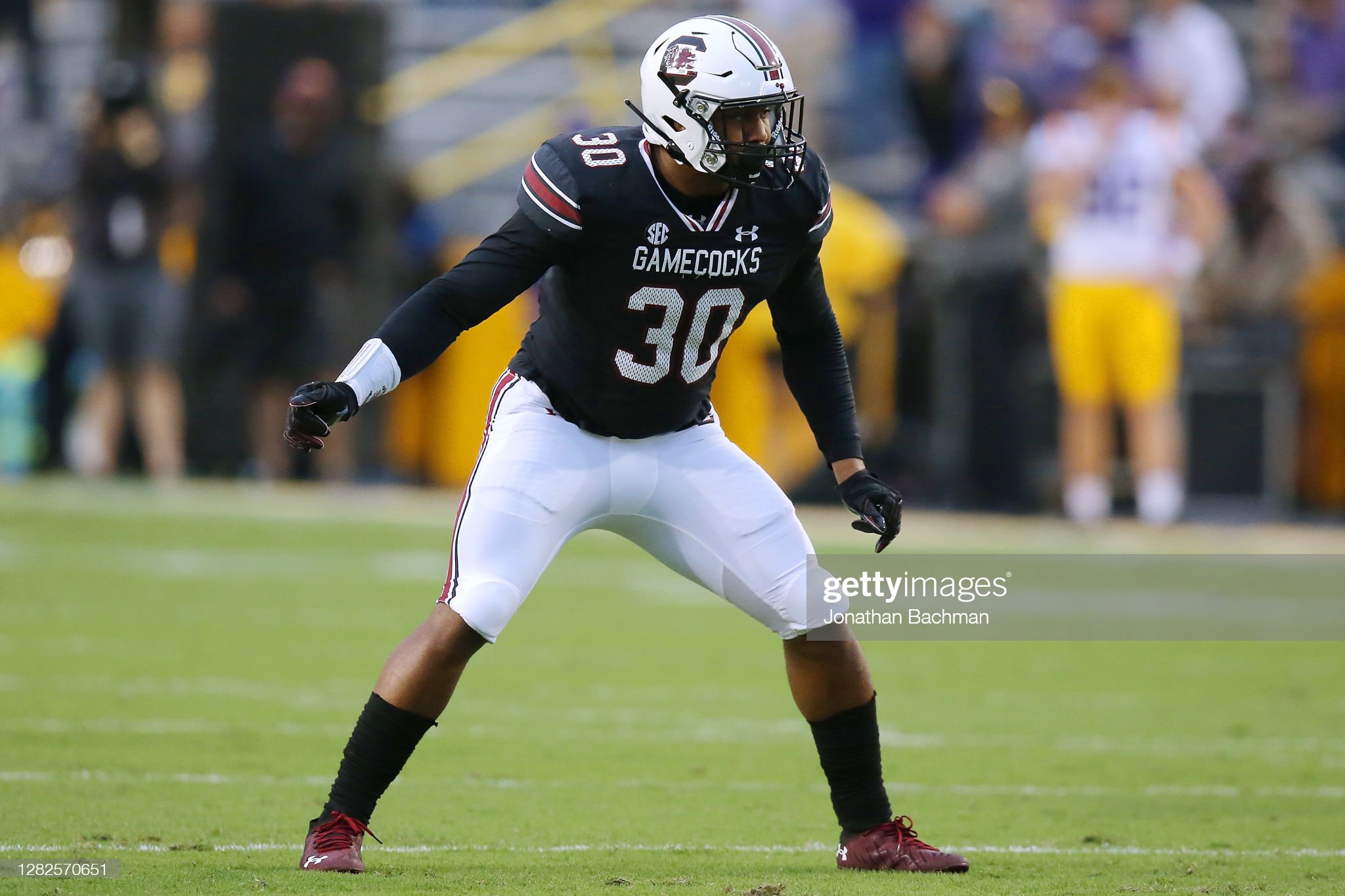 The Pittsburgh Steelers have 51 players attending this weekend’s rookie minicamp. There’s the draft picks, the undrafted free agents, and a handful of first-year players. But the bulk of the list is made up of tryout names. Ones that are easy to forget about and foreign to most NFL fans. However, two names in particular stick out: LB Gavin Greene and LB Damani Staley.

Those are the sons of the late Kevin Greene and Duce Staley, as noted by Steelers.com’s Teresa Varley.

Among the players at @steelers rookie minicamp on a tryout basis are Mississippi College LB Gavin Greene, the son of late Steelers Hall of Fame LB Kevin Greene, and South Carolina LB Damani Staley, the son of Duce Staley, a former Steelers RB now coaching with the Lions.

In his three years with the Steelers, Greene was one of the league’s most impactful defensive players. He led the league with 14 sacks in 1994 and made two Pro Bowls in Pittsburgh, racking up 35.5 sacks in his three seasons with the team. He was inducted into the Hall of Fame in 2016. Sadly, Greene died of a heart attack in December of 2020.

His son Gavin hails from Mississippi College. In 2021, he recorded 31 tackles (1 TFL) and a half-sack with the team. In 2019, he recorded 19 tackles in ten games, two of them going for a loss. Like most small schools, his 2020 season was essentially wiped out by the pandemic, playing just one game that year. Greene began his college career at Southern Miss before transferring. Measuring in at 5111, 243 pounds, he ran a 5.01 at his Pro Day.

Duce Staley was a free agent signing by the Steelers for the 2004 season as Jerome Bettis’ career began to wind down. Staley split time with Bettis in 2004, carrying the ball nearly 200 times in Pittsburgh’s run-heavy offense, though he found the end zone just once thanks to Bettis siphoning most of those scoring chances (Bettis had 13 TDs that year). Staley struggled to stay healthy the next two years but still won a ring with the team as Pittsburgh captured their fifth Lombardi trophy.

HIs son Damani had a career year in 2021 for the Gamecocks. He recorded 50 tackles with 6.5 of them going for a loss in addition to two sacks and two interceptions, including a pick-six against East Carolina. A squatty body at 6002, 243 pounds, he ran a 4.80 at his Pro Day.

While tryout players typically have long odds to make the team, Pittsburgh often signs 1-2 players from that pool coming out of minicamp. We’ll update you if either of them sign with the team or if any tryout player is added to the 90-man roster. Regardless, it’s a great moment for both sons.