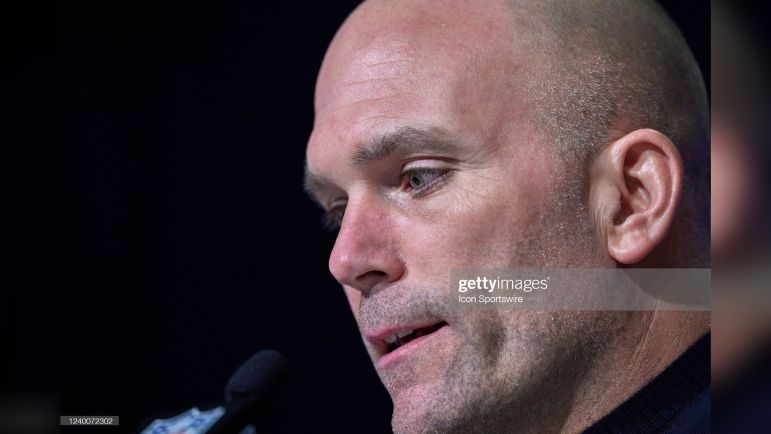 The Baltimore Ravens were put in an awkward position by Marquise Brown, their fourth-year former first-round wide receiver. He informed the team that he wanted to be traded, much like his cousin, Antonio Brown, did to the Pittsburgh Steelers a few years ago.

Baltimore got a better haul, arguably, getting back a first-round pick, even though they also had to give up a third-round pick to get it, but their wide receiver came with a lot less baggage, even with a substantially less-impressive resume.

The thing is, after trading Brown, the Ravens didn’t even address the wide receiver position in the draft. At all. And they had nearly a dozen draft picks, including six in the fourth round alone. That’s not to say that they didn’t have a very good draft, but the absence of an addition at wide receiver certainly stands out.

“It wasn’t for a lack of effort”, Ravens general manager Eric DeCosta conceded, yet he also downplayed the wide receiver class as a whole. “I wouldn’t say it was a great receiver class in general, compared to some of the years. There were very good players at the top”.

Baltimore did draft a wide receiver at the top last year in the form of Rashod Bateman, who will now assume their number one role in the offense. They also have Devin Duvernay, Tylan Wallace, and James Proche, none of whom up to this point have substantial offensive resumes. Prior to the draft, they waived third-year Miles Boykin, whom the Steelers claimed.

“I said this last year, but we like our receivers, we do. We’ve seen growth, we’ve seen our guys mature and develop”, DeCosta said. He added that they think Bateman will show you why he was a first-round pick, and of Duvernay, that they believe those who perform on special teams “end up being really good position players”.

Duvernay was a third-round pick in 2020. He has 53 career receptions for 473 yards and two touchdowns, but he was an All-Pro returner last season. He returned 28 kicks for 676 yards and 26 punts for 360 yards, leading the NFL with 13.8 yards per punt return.

Wallace was a fourth-round draft pick last season who was buried on the depth chart and did not contribute much. Proche was drafted in the sixth round in the same class as Duvernay. He played a bit down the stretch last year, catching 16 passes for 202 yards.

DeCosta said that they will add to the position, of course through undrafted free agency, but they will also look at available veterans—maybe they can trade for Boykin back. “It wasn’t really by design that we wanted to create a hole on the team. I don’t look at it that way, but in this business, you pivot, you dodge, you weave – you’re always really going to be chasing a need”.

Of course, they created that need by trading one of their starters and another contributor. And they drafted multiple cornerbacks and tight ends instead of drafting any wide receivers. They had numerous opportunities in the fourth round to draft Calvin Austin III, for example. They took two cornerbacks in that round, instead. Now they’ll have to defend the 4.3-speed Steeler.