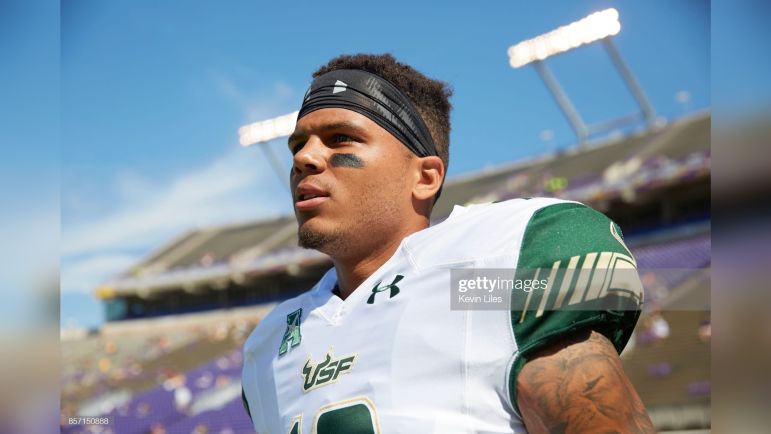 Due in large part to tragic circumstances, the Pittsburgh Steelers entered the 2022 NFL Draft with only two quarterbacks on their roster. They exited with four, using their first-round selection on Kenny Pickett and finishing their class with Chris Oladokun out of South Dakota State.

Pickett will be competing with Mitch Trubisky for the starting job this season. Oladokun will be competing for a roster spot—likely hoping, at this point, that he can show the team enough to convince them that they can trade Mason Rudolph.

Oladokun knew there was a chance that he might go undrafted, but he believed in himself all along the way, and he’s not coming to the Steelers assuming that he is nothing more than a fourth arm for the purposes of training camp—if that’s all they hoped for, they wouldn’t have drafted one.

“Every single day I’m in there, I’m going to be the best teammate I can be. I’m going to be holding myself accountable and holding others accountable”, he told reporters after he was selected, via transcript provided by the team’s media department. “Just doing what I’ve been doing my whole life”. So what exactly would that be?

The Steelers were in quarterback limbo following the retirement of Ben Roethlisberger after 19 seasons. They entered the offseason with Rudolph set to be the favorite to start, with competition provided by Dwayne Haskins, whose life was tragically cut short weeks ago at the age of 24.

While the team talked about being “comfortable” possibly going into the season with Rudolph starting, they quickly went out in free agency and signed Trubisky, giving him a two-year contract with a base value of $14.25 million that could rise to $27 million via incentives.

He won’t earn those incentives, however, if Pickett beats him out for the starting job. And if that happens, things could get interesting. It would be in Oladokun’s favor, as it would make Rudolph even more expendable, and possibly even open the door for them to consider moving Trubisky if the right offer were to come along.

It’s not as though teams never trade players they signed in free agency. The Steelers themselves have done that a couple of times, last year for Ahkello Witherspoon and several years ago for J.J. Wilcox. They’ll take some dead money, but the presumed draft compensation would have to be worth it.

And it would be reliant upon Oladokun proving to the coaching staff that he is an NFL-ready player, not just somebody that they’ll have to try to keep on the practice squad for a year. Because that’s about the only way he’s going to make the 53-man roster in an era where most teams only carry two quarterbacks.