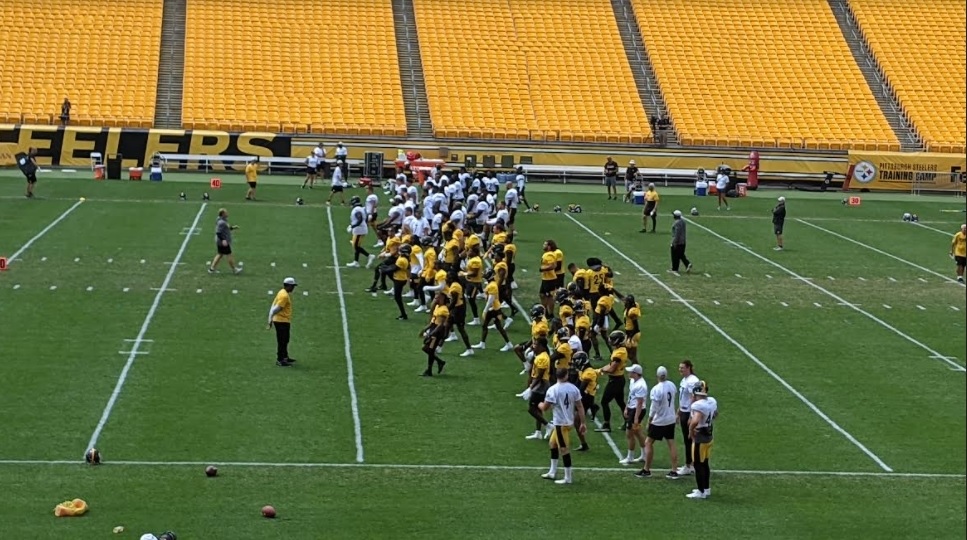 The NFL has approved roster cutdown changes for the 2022 season, ones that mimic the 2021 rules. According to ESPN’s Jeremy Fowler, there will be three cutdown dates this summer.

League owners approve roster changes for preseason – reductions to 85 players after the first preseason game, 80 after second game, and 53 after third game. pic.twitter.com/PntQmOHBDs

These follow the modified roster rules last year as the league was still playing under COVID restrictions. Now they’re the model going forward even after COVID restrictions have been lifted. In 2020, teams had to trim their rosters to 80 by mid-August and then again before the start of the year to get down to a 53-man roster.

The waiver claims will be processed the following day after final cutdowns, August 31st. Players must be carried on the initial 53-man roster in order to be eligible to return later in the year.

For the first time, Pittsburgh will play three preseason games this year. They open their preseason against Seattle before traveling to Jacksonville and then hosting Detroit in the third and final exhibition game. Last year, Pittsburgh played four preseason games, kicking off the year in the Hall of Fame Game against Dallas. The league trimmed the preseason schedule from four games to three last year as they moved to a 17-game regular season.

The Steelers will hold training camp at St. Vincent College for the first time since 2019. The last two were held in Pittsburgh at Heinz Field. Training camp dates will be announced in roughly one month.