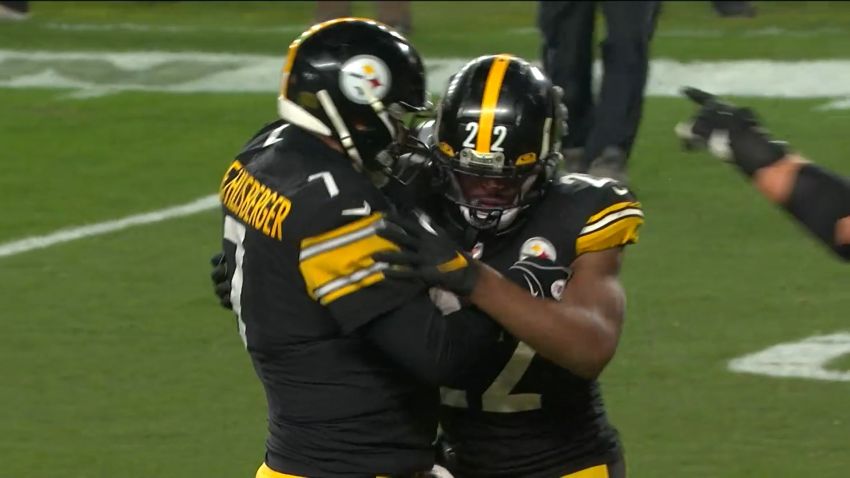 The Pittsburgh Steelers’ offense currently has all of one player who fits the following criteria: more than two years in the league, with the Steelers, as a starter. That player is fourth-year wide receiver Diontae Johnson. Everybody else is gone, many of them retired, some departed in free agency, now giving way to a mostly very young group with a small smattering of veteran free-agent additions.

The biggest domino to fall by far was quarterback Ben Roethlisberger, now 40, who retired this offseason after 18 seasons. While he told rookie first-round quarterback Kenny Pickett that he’ll be available for him, he’s not about to be walking on the field in a helmet any time soon.

With that immense wealth of experience now out the door, there is a profound leadership void, one that free agents like quarterback Mitch Trubisky and guard James Daniels are hoping to fill. But the likely true face of the offense this year, if it’s not Pickett in the very near future, is second-year running back Najee Harris, who was the team’s first rookie to make the Pro Bowl since Maurkice Pouncey in 2010.

“Me personally, I think, maybe just to be more of a vocal leader, you know”, Harris recently told the New York Post on what he wants to accomplish in his second season. “Later in the year, I was speaking up a lot more. But, this year I will want to set that tone earlier now that Ben’s gone. You know, it would be nice to be a leader on the offensive side. Boss, I’m just trying to be that person”.

This is not a new theme for Harris. Indeed, it’s become a refrain in his song and dance at this point—which, don’t get me wrong, certainly isn’t a bad thing. It’s wonderful that he wants to take on that leadership role, and I fully believe that he is capable of shouldering a good part of the load in his second year.

After all, he’s going to be touching the ball more than anybody else. He literally led the NFL in total touches in 2021 during his rookie season, and he did so without fumbling once—at least until the playoffs, after a late-season arm injury impinged upon his ability to secure the football. It set an NFL record for the most touches without a fumble during a rookie season.

The Steelers offense used to be full of veterans, leaders, particularly up front along the offensive line. Guys like Pouncey, Ramon Foster—the nucleus of that group. Vance McDonald came in as a veteran at tight end and served in a leadership capacity as well. And of course, there was always Roethlisberger, watching over everything.

Now it’s the next generation’s turn, and I think they can be in good hands with Harris. Obviously, if Pickett proves to be the real deal, he’s ultimately going to become the face of the franchise, as any franchise quarterback would, but that’s down the road. He’s got a lot of work to put in first.