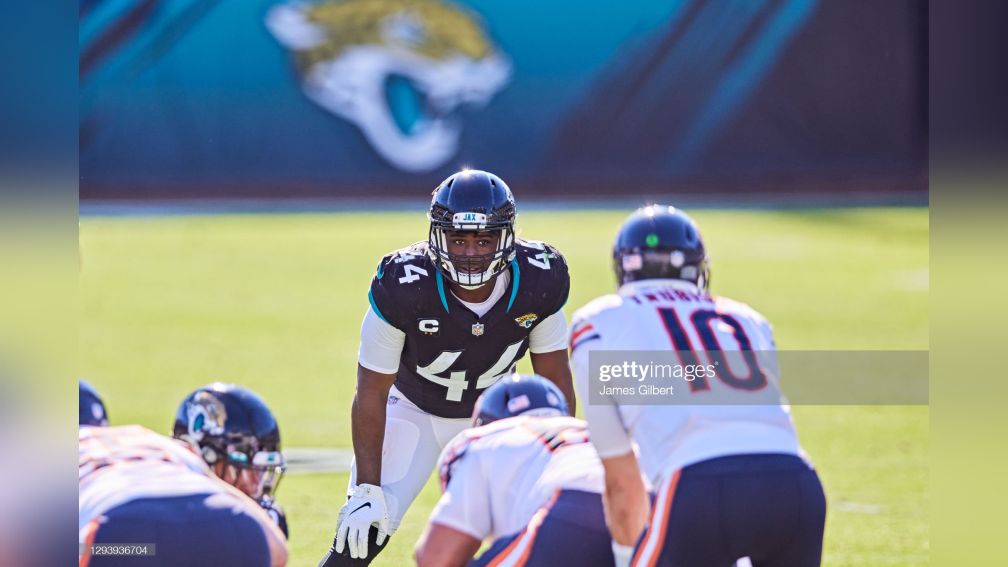 Coming off of a rough 2021 season in Jacksonville that eventually saw the Jaguars cut him, new Pittsburgh Steelers’ linebacker Myles Jack is aiming to rebuild his stock in the black and gold.

Just days after his release from Jacksonville, the Steelers snatched him up on a two-year, $12 million deal. Though he had a poor 2021 season overall on a bad defense in general, Jack remains one of the top 32 linebackers in the NFL, according to Pro Football Focus’s Sam Monson, who slotted the newest Steelers’ defender at No. 28 overall in his linebacker rankings Tuesday.

"That's really all I want to do is just help the #Steelers win a championship. That's it." – Myles Jack pic.twitter.com/MbreHU102f

Jack finds himself in Tier 8 of the linebacker rankings, which is labeled the “Roller Coaster Ride” tier. Jack is joined by the Giants’ Blake Martinez, Atlanta’s Deion Jones, Jacksonville’s Foyesade Oluokun, and New England’s Jamie Collins.

“Jack is now trying to reboot his career in Pittsburgh after suffering similar ill-fortune in Jacksonville, “Monson writes. “We have seen elite play from the seventh-year pro, but we’ve not nearly seen enough of it, given his physical talents.”

In the years following his selection at No. 36 overall in the second round of the 2016 NFL Draft, Jack has certainly shown flashes of greatness, holding down a key role in the Jaguars’ run to the AFC Championship Game in 2017, showing he was one of the premier linebackers in the NFL due to his size, speed, and overall athleticism at the position.

In the years since, Jack has dealt with injuries and ever-changing schemes due to coaching changes in Jacksonville. The splash plays aren’t quite there with Jack overall, but he’s still a high-end sideline-to-sideline linebacker when fully healthy. Getting a chance to play behind a stout defensive line (when fully healthy) featuring Cam Heyward, Tyson Alualu, and Stephon Tuitt in front of him should help Jack rediscover his high level of play, this time in the black and gold.

Should he rediscover his high level of play, Jack will climb the rankings next offseason, potentially pushing his way back into the Tier 6 “Young and Ascending” group, as he’ll be just 27 years of age.