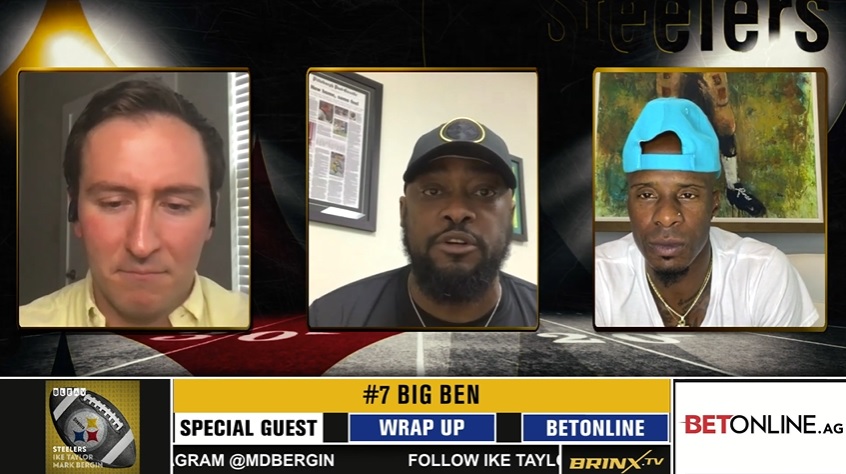 Kevin Colbert’s resume speaks for itself. 22 years as Steelers’ GM. Two Super Bowl trophies added to the team’s case. Drafting several Hall of Fame players and being the model of consistency and stability. But beyond all which is easy to see, Mike Tomlin praises Colbert for one thing. His openness. Tomlin was a first-time head coach when hired in 2007, the youngest in the league, and it was Colbert who made him feel at home.

Tomlin sat down for a great interview with former Steelers’ CB Ike Taylor and Mark Bergin as part of their podcast Friday. Taylor asked Tomlin about what Colbert meant to him.

“First of all, Kevin was in a position to receive me,” Tomlin told the show. “He was established here when I got here. His willingness to be open about my presence and my views was the catalyst or foundation for our relationship. He deserves the credit being the guy who was established and being open.”

Colbert was hired as the team’s Director of Football Operations in 2000, the de facto GM, though he didn’t officially carry the tittle until a decade later. By the time Tomlin was brought on board, Colbert had been running the Steelers for years and earned the team’s fifth trophy in Super Bowl XL. Tomlin was an unexpected hire with in-house candidate Russ Grimm widely believed to be Bill Cowher’s successor.

Tomlin and Colbert worked exceptionally well together. The two won another Super Bowl just a few years later and routinely were among the most competitive and consistent teams, winning seven AFC North titles. But Colbert’s time is over and the Steelers, for the first time in literal decades, have to find a new GM. Tomlin’s aim is to make that new face as welcome as Colbert did to him in 2007.

“And to be honest with you, as we look toward our next GM, whoever it may be, that’s one of the things that’s really resonated with me. That I have an obligation to make that person feel welcome and be open to them and what they bring. Because that’s what was provided to me.”

Pittsburgh’s currently in the middle of searching for a GM and have started their second round of interviews. The team could stay in-house with Brandon Hunt or Omar Khan, but they’ve also interviewed 14 quality external candidates. Just like Tomlin and Colbert, it’s possible Colbert’s heir comes from that outside pool.

Having a quality relationship between head coach and general manager is one of the most important things an organization can have. Relationships that are strained and cold are damaging to an organization from the top down. In Tomlin and Colbert, there was no ego. Just winning. And it allowed the two to work so well over the years.

“We’re very much like-minded in that we don’t have an agenda. Football is our game. Our business is winning. We don’t care who gets the credit. We like to work. Some people like to talk and that’s ok too. But Kevin and I are a lot alike in that way in that we prefer to work instead of talk.”

Few dudes work the way Tomlin and Colbert have. They scoured the Pro Day trail for their next quarterback more than any team in the league, even though they chose the guy who was literally next door. Their Pro Day travels are well-documented over the years. Or at this year’s Senior Bowl during a rainy, windy, and cold practice. Most coaches and scouts took refuge from the elements, there was Tomlin and Colbert on the field, getting a close-look at this year’s prospects. And Pittsburgh drafted multiple Senior Bowl attendees in first-round pick Kenny Pickett and fourth-round selection Calvin Austin III.

Colbert is a Hall of Fame person, and arguably, someone who should be enshrined in Canton, Ohio, though his path will be a difficult one. And an individual Tomlin is thankful for.

“I’m really appreciative of that foundation that was laid and initiated by him in terms of his willingness and openness in terms of being accepting to me as a new co-worker.”

Check out the whole interview below. It begins around the 2:00 mark and lasts for the rest of the interview. Bergin and Taylor did a great job here, so it’s worth your time.