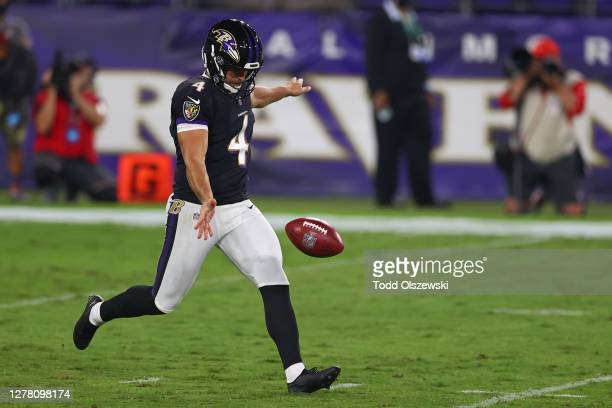 In a Thursday afternoon press conference, Baltimore Ravens’ punter Sam Koch has retired. An official announcement and press conference is expected to take place at 3:30 PM. Koch had served as the team’s punter for 16 years, spending his entire NFL career in Baltimore beginning in 2006.

ESPN’s Jamison Hensley reports Koch may remain with the team as an assistant.

Ravens punter Sam Koch, who announced his retirement, will speak to reporters at 3:30 p.m. today.

Don't be surprised if Koch remains with the team this season as a kicking consultant.

Koch’s days in Baltimore seemed numbered after the Ravens drafted Penn State specialist Jordan Stout in the fourth round of this year’s draft, the first punter selected. Stout is now fully expected to replace Koch, and comes with a booming leg.

Undrafted out of Nebraska, Koch signed with the Ravens as an UDFA in 2006, replacing Dave Zastudil. Koch punted well over 1,100 times for the Ravens, averaging a career 45.3 mark. But his numbers began to fade, averaging under 45 yards per punt in 2020 and 2021. In his prime, he averaged around 46-47 yards per boot. Koch turns 40 in August.

Baltimore retains kicker Justin Tucker, arguably one of the best to ever do it. But the loss of Koch is the second longtime specialist gone in as many years. 2021 was the team’s first season without long snapper Morgan Cox, who snapped for the team from 2010 to 2020.

In his career, Koch had 155 punts against the Steelers, averaging 44.0 yards per try.