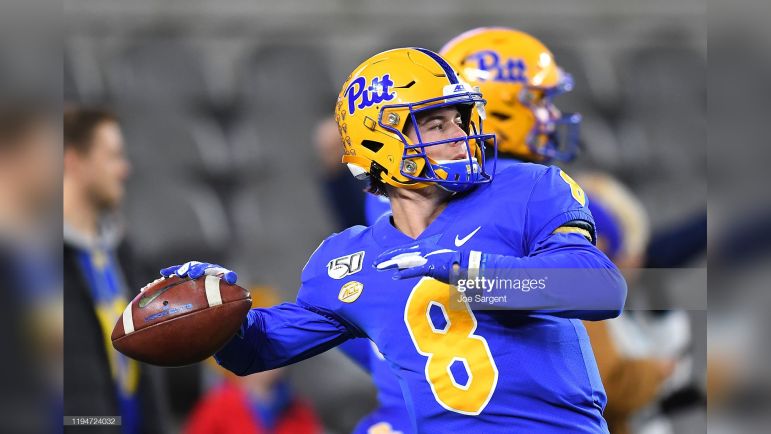 After all, the award pretty frequently does go to quarterbacks, provided that there is a notable one starting that year, which isn’t always the case. Last year, wide receiver Ja’Marr Chase won, with Trevor Lawrence and Zach Wilson being the notable starting quarterbacks as rookies. Justin Herbert and Kyler Murray did win in 2020 and 2019, respectively, however. In fact, exactly half of the 18 winners since the Pittsburgh Steelers’ own Ben Roethlisberger in 2004 have been quarterbacks.

Will their latest first-round quarterback, Kenny Pickett, be the 10th of the past 20 years? And just the 11th ever? Amazingly, Roethlisberger was just the second quarterback to win the award, and the first since Dennis Shaw of the Buffalo Bills in 1970, having previously been dominated by running backs.

But the game is different today, of course. Still, I haven’t seen any prominent outlets with Pickett on the top of their odds list. Pro Football Focus, for example, gives him the fourth-best odds to win, behind Atlanta Falcons wide receiver Drake London, New York Jets running back Breece Hall, and Tennessee Titans wide receiver Treylon Burks. Ben Linsey writes in part:

Pickett isn’t a shoo-in to beat out Mitchell Trubisky for the starting job, and there is one major concern about how his game will translate to the NFL.

Pickett bailed out of clean pockets too frequently in college. Perhaps that’s a product of less-than-ideal offensive lines early in his college career, and maybe it improves in the NFL. Nonetheless, the Steelers’ current offensive line isn’t exactly the model of stability.

That uncertainty keeps him at fourth place on this list, but there is reason to be excited about the young group of playmakers that the Steelers have started to collect on offense for Pickett. This offense, at the least, should be more exciting than it has been in recent years.

The biggest question, for me, by far, is whether or not he is actually going to start, as they did sign Mitch Trubisky for a reason—even if they reportedly let him know as soon as they signed him that they would strongly consider drafting Pickett if he were available.

If he starts, and thus has beaten out Trubisky for the right to start, then the Steelers have enough weapons around him in order for him to be successful enough to make an impact, with a defense strong enough to carry them to a winning record.

That’s not the case for many rookie starting quarterbacks, the best of whom, and thus the most likely to start, tend to be drafted by rebuilding franchises. While Pittsburgh’s offensive line, let’s say, still needs work, they did improve with two free agent signings, and Pickett’s mobility will create more throwing opportunities than we saw in this offense a year ago.