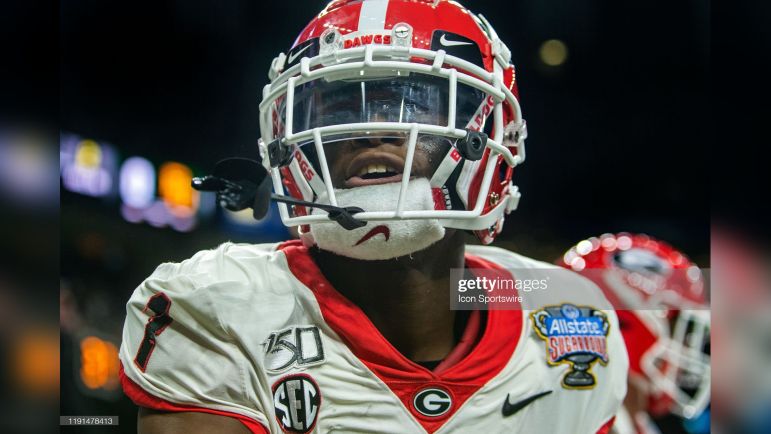 JuJu Smith-Schuster was a fine blocking receiver—for the most part. James Washington and Chase Claypool were also drafted, in part, due to their physicality, and both expressed an appreciation for the physical aspect of the game, including blocking assignments. They never really quite lived up to all of that. Will George Pickens? He says the right things, at least.

“To be honest with you it’s a thrill”, he told the team’s website the day after he was drafted, via Teresa Varley. “When you’re not catching the ball and you are out there, you don’t have a route, it’s a running play. The guy in front of you is the guy you’re blocking. Blocking really ups it more to where you can make it fun and more entertaining. Kind of push them to the ground, go get the safety and move around the field faster”.

There are plenty of videos you’ve seen on the Steelers Depot Twitter timeline showing Pickens relishing the opportunity to put a defensive back on his butt. In terms of what the team currently has on the roster, especially with Smith-Schuster (and to a lesser extent Washington) now gone, he should certainly contend as the most physical, and most blocking-capable, wide receiver in the room.

Not that that should be the focus of his game, or any other wide receiver’s, but we already expect to have the more pertinent aspects of his job covered. He is certainly an accomplished pass-catcher, with great upside for the development of nuance. But the really exciting thing is his potential to evolve into a true, complete player, with the mindset behind it.

“That’s really the biggest thing. Aggressiveness”, he said of what he sees in the team’s model for wide receivers. “That’s one of the biggest models of their game. That is really one of the bigger things in my game. I’m always physical. And I’m always finesse. You put those two together, you create a Steelers mentality like the receivers they already have now”.

The Steelers have finesse in Diontae Johnson. They have something of a physical presence in Claypool. Can Pickens be the complete player? Does he have the makings of the near-future true number one wide receiver? I believe so, but we’re also still well within the blurry haze of post-draft euphoria. He’s the guy I wanted in the second round, and they went out and got him. Here’s hoping he makes me look good.