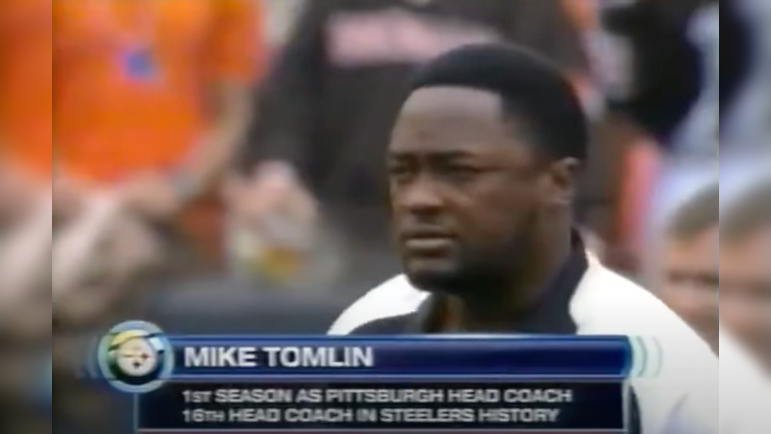 For 15 seasons, Mike Tomlin has held down the role of Pittsburgh Steelers’ head coach, serving as just one of three head coaches in the franchise history dating back to when Hall of Famer Chuck Noll was hired in 1969.

Tomlin, a future Hall of Fame himself, took over for Bill Cowher after the 2006 season when the Steelers went 8-8 one year after winning Super Bowl XL over the Seattle Seahawks.

Throughout the coaching search following the retirement of Cowher, who was elected to the Hall of Fame as part of the Class of 2020, then-offensive line coach Russ Grimm was considered the favorite to be the next Steelers’ head coach. Tomlin impressed though and won over the Rooney family, becoming the 16th head coach in franchise history on January 27, 2007.

Eight months later, Tomlin made his debut as the Steelers’ head coach, hitting the road for a trip to Cleveland to take on the Browns in AFC North football. Much like Tomlin did in the interview process with the Steelers, his players impressed on the field in his head coaching debut, rolling to a 34-7 win over the Browns in convincing fashion as the defense forced four turnovers and sacked a pair of Browns’ quarterbacks in Charlie Frye and Derek Anderson six times.

Ben Roethlisberger threw four touchdown passes one year after throwing 18 all season long, and “Fast” Willie Parker rushed for 109 yards on 24 carries in an absolute beatdown for the ages.

The Steelers’ defense, which finished as the second-best unit in football that season, showed just how good they were going to be just three plays into the season. Standout defensive end Aaron Smith, who still doesn’t get enough credit to this day, worked his way through the Browns’ right tackle to sack Frye, making him real comfortable on the ground, where he’d end up five times on the day.

Perfect touch off of his back foot there by Roethlisberger, and what a play by Ward. Man, that’s fun to see again.

Two plays into the Browns’ second drive of the game, Frye was picked off by Steelers’ veteran cornerback Deshea Townsend, giving the Steelers the football in Browns territory once again. The Steelers couldn’t do much with the drive, which ultimately ended in a 26-yard Jeff Reed field goal for a 10-0 lead on the road.

Late in the first quarter with the Steelers still holding a 10-0 lead and the two teams trading punts, Pittsburgh’s defense came up big again. Linebacker James Farrior, two years removed from his first First-Team All-Pro season, kickstarted another strong campaign by forcing a fumble on Browns’ running back Jamal Lewis, leading to a fumble recovery by cornerback Bryant McFadden.

Check out a young Mike Tomlin leaving the sideline to celebrate with his new team after the recovery, too.

The very next play, Roethlisberger dropped back on play action and found a wide open Santonio Holmes deep downfield for a 40-yard touchdown, giving the Steelers a 17-0 lead before the first quarter even came to a close.

It sure is great to see a young Roethlisberger dialing up the deep ball off play action here, and it’s a nice trip down memory lane seeing Holmes making plays in the black and gold.

With a 17-0 lead in hand, things slowed down considerably for the Steelers and Browns until cornerback Ike Taylor turned up the heat again for the Steelers’ defense. One play after James Harrison recorded a sack on Frye, Taylor came in free on a corner blitz to drag Frye down for the second consecutive sack by the black and gold, resulting in a 10-yard loss, causing the boo birds to rain down even harder from Browns fans.

Coming out of the half with a 17-0 lead, the Steelers added on early in the third quarter as Roethlisberger found rookie tight end Matt Spaeth from five yards out for a score, making it 24-0 just under five minutes into the second half.

Cleveland responded with a seven-play, 76-yard drive as backup quarterback Derek Anderson found fullback Lawrence Vickers from one yard out, making it a 24-7 game.

In Pittsburgh fashion though, the Steelers would respond, taking the will of the Browns right out of the game in the process.

On a 3rd and 8 deep in Cleveland territory, Roethlisberger went vintage Big Ben, avoiding a sack and throwing on the run, dumping the ball off to backup running back Najeh Davenport, who turned in a highlight-reel run after the catch.

Davenport sure was the thunder to Parker’s lightning, and that play against the Browns really showed what he could be in a limited role in the Steel City, dragging defenders along the way.

On the very next play Roethlisberger found a wide open Heath Miller a 22-yard touchdown, making it 31-7 Steelers.

For good measure, the Steelers’ defense added another interception, this one from Taylor, and Reed added a 31-yard field goal, capping off the 34-7 win that ended with 18 straight runs by the Steelers, taking the fight completely out of Browns in the end.

Of course, the Steelers went on to finish 10-6 in 2007 in Tomlin’s first year at the helm, winning the AFC North in the process. Things came to a disappointing end in the playoffs though as David Garrard and the Jacksonville Jaguars pulled out a 31-29 win in the Wild Card at Heinz Field over the Steelers.