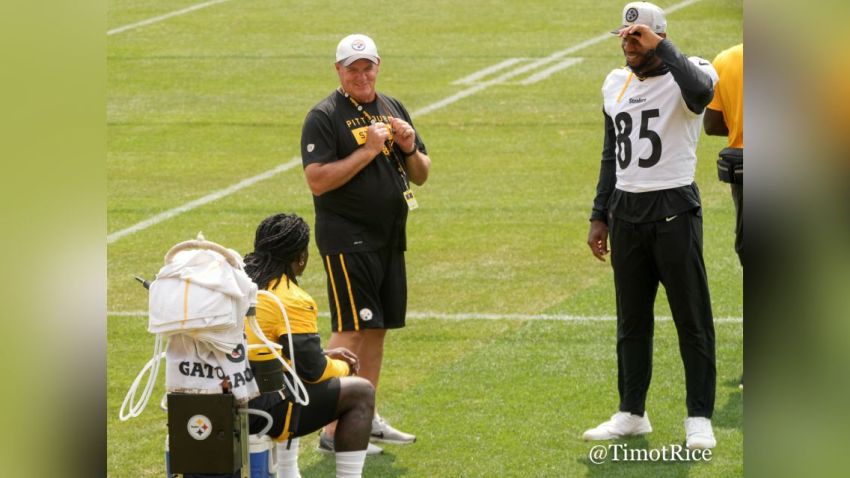 Who will the next Pittsburgh Steelers’ GM be? Nobody knows.

When will the next Pittsburgh Steelers’ GM be hired? According to the Post-Gazette’s Gerry Dulac, sooner than later.

That still open-ended timetable doesn’t offer a lot of answers. But Dulac believes Kevin Colbert’s successor will be named shortly and provided a brief update on the team’s search Monday evening. In his article, he says the team is done interviewing the six candidates brought back for a second round of interviews. But he does not know if there will be a shorter list that will get third, and presumably final, interviews.

“It is not known if the list of six finalists will be whittled even more before naming the person to replace Colbert, who is retiring after 22 seasons with the Steelers.

There is no specific time frame for when a new general manager will be named, but it is expected to be soon. Colbert’s contract is set to expire at the end of the month, but he is expected to remain with the team in some capacity.”

We’ve presumed the second round of interviews would be the finalist group and if the Steelers are planning to “soon” hire their next GM, then there may not be a third round for two or three true finalists. But it would also be wise for the team to interview their future GM as many times as possible. Pittsburgh certainly has taken a slow and steady approach to replacing Colbert, interviewing sixteen men prior to the draft as their initial pool of candidates before whittling it down to six post-draft interviews, which were longer and more detailed sessions.

The six who were interviewed a second time include two in-house candidates in Brandon Hunt and Omar Khan. The four external candidates are the Eagles’ Andy Weidl, Bucs’ John Spytek, Titans’ Ryan Cowden, and former NFL GM Doug Whaley who currently works for the XFL.

For years, it seemed like a given the team would promote in-house with either Hunt or Khan. Some are still convinced it’ll be one of those men but any of the six have a real shot to replace Colbert. Of the external candidates, Weidl feels like the most likely name but it’s impossible to predict how well these guys have interviewed. Ultimately, Team President and owner Art Rooney II makes the final call.

Kevin Colbert’s contract runs through the end of the month and until a new GM is tabbed, he seems to be acting business as usual. Even when Colbert is officially replaced, he’s likely to stay on in some sort of advisory role, potentially similar to what Ozzie Newsome has done in Baltimore.

While it is late May and the NFL is reaching one of its quietest periods, there’s still good reason for a GM to be named in short order. Teams around the league are already assembling their scouting staffs, turnover happens after the draft when contracts expire, and the longer the Steelers wait, the harder it’d be for a new GM, especially an external one, will be to build out his crew the way he sees fit. Scouting meetings for the 2023 pool have also kicked off so the Steelers are a bit behind. Still, this is a decision that will impact the team for years, if not decades, and Pittsburgh smarly isn’t rushing, not having to find a new GM in 22 years.