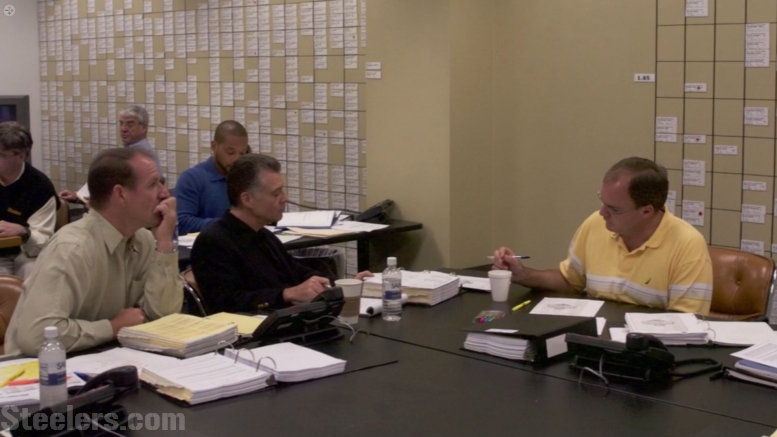 Topic Statement: Kevin Colbert is now sure to stay on board in some capacity with Omar Khan reportedly being set to be named general manager.

While it’s not set in stone, it is now incredibly likely. I have believed all along that it would be more likely than not Colbert sticks around. You saw during his post-draft press conference how much this all means to him—perhaps even more than he realized.

He’s not ready to walk away from the game, even if he is ready to take on less responsibility. With Omar Khan as the general manager, and with Andy Weidl being added as assistant general manager, he can serve in a background advisory capacity similar to Ozzie Newsome in Baltimore, who, similarly, was succeeded by his longtime protégé, Eric DeCosta.

It may be the case that hiring Khan makes for a more hospitable environment for Colbert to remain, but do you really think they would also be hiring an assistant general manager, something that they have never had before in the organization’s entire history, if they expected—or perhaps wanted—their former general manager looking over shoulders?

Also, with the hiring of Khan, Colbert surely feels good with where he is leaving the team, something that was obviously very important to him—just look at how much effort they put into addressing the quarterback position this offseason.

The fact that he has remained general manager through May, through free agency, through the draft, tells you how important it was to Colbert to leave the Steelers in as good a position as he possibly could before moving on. He’s done that. He not only got Khan in the chair, but is bringing in Weidl as well. That’s two general manager candidates running the show now. It’s time for him to enjoy life now, as a fan.