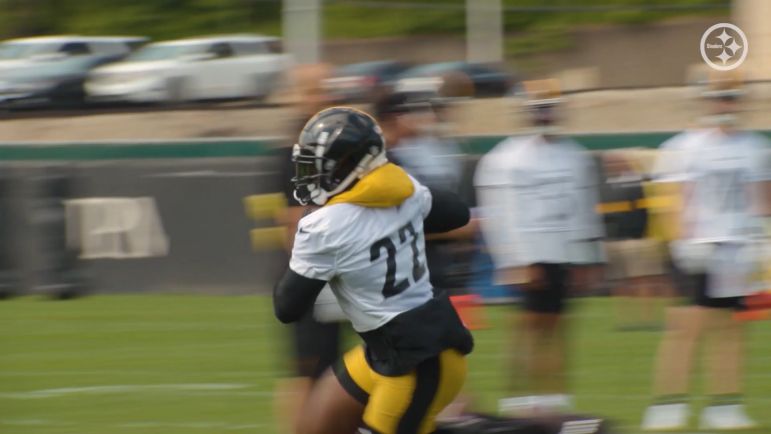 Reasoning: In an absolutely stunning development, second-year running back Najee Harris looks to be in great physical shape at the start of his sophomore offseason program with the Steelers, after already being in excellent shape as a rookie and leading the league in touches with no conditioning issues (minus one heat-related conditioning issue that caused him to exit a game due to cramping).

This is one of those stocks where it’s just so obvious that I’m reluctant to even write about it. How can anybody be surprised that Najee Harris looks like he’s in excellent shape? This is a man who turned to sports as an outlet and a sanctuary in his life and quickly fell in love with every aspect of it, including the training portions. Football is a tremendously large portion of his life, and he’s dedicated to being the best at it that he can possibly be.

So of course he showed up looking incredible in May, learning a thing or two through the experience of his rookie season and through the wisdom of other veterans about how to best serve his body to make it through a 21-game season without excess struggle.

Harris already proved to be very durable during his rookie season. Outside of one cramping issue and the arm injury that he suffered late in the year, he was impressively resilient, as was his body. There were hits that he took and angles that his body contorted into over the course of the year that I was stunned didn’t cause some kind of notable damage. Because he’s in such excellent condition.

Not only is he physically in the right place, he is mentally, as well, and is ready to take on the mantle as leader of this young offense. He wants that role, and believes it’s his for the taking with Ben Roethlisberger gone. You have to love somebody openly, willingly, and actively taking charge on that front—especially a guy who you know not only can do it, but will have the backing of his teammates to do it, as well.