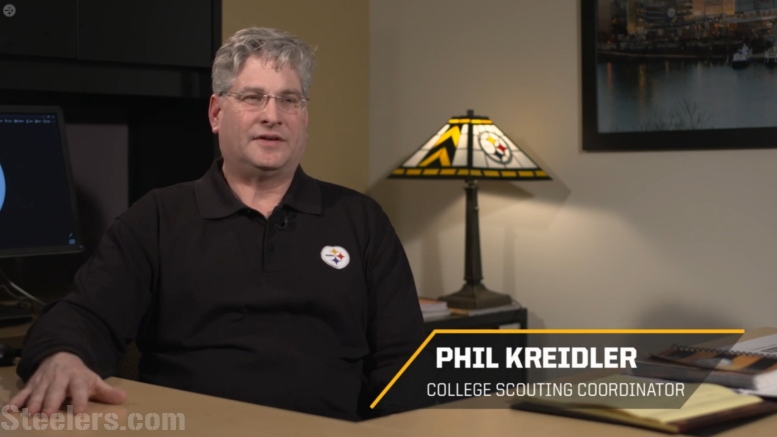 Question: What does the promotion of Dan Colbert mean for Phil Kreidler?

The Steelers officially announced several moves in the front office yesterday, including the promotion of pro/college scout Dan Colbert to the title of Director of College Scouting. This has led many to wonder if it has not made Phil Kreidler’s job redundant.

Kreidler, who has been with the organization for more than three decades, currently wears the title of College Scouting Coordinator—which sounds awfully similar to the title now owned by the younger Colbert.

In other words, do they see these jobs as redundancies, or is this an indication that new general manager Omar Khan is in favor of having an expanded staff? The team has already heading an assistant general manager for the first time in franchise history.

Given how long Kreidler has been here—longer than literally everybody with any sort of power in the organization who isn’t an owner—it’s hard to see them just move in a different direction, especially given that he has a very long working experience with Khan, anyway.