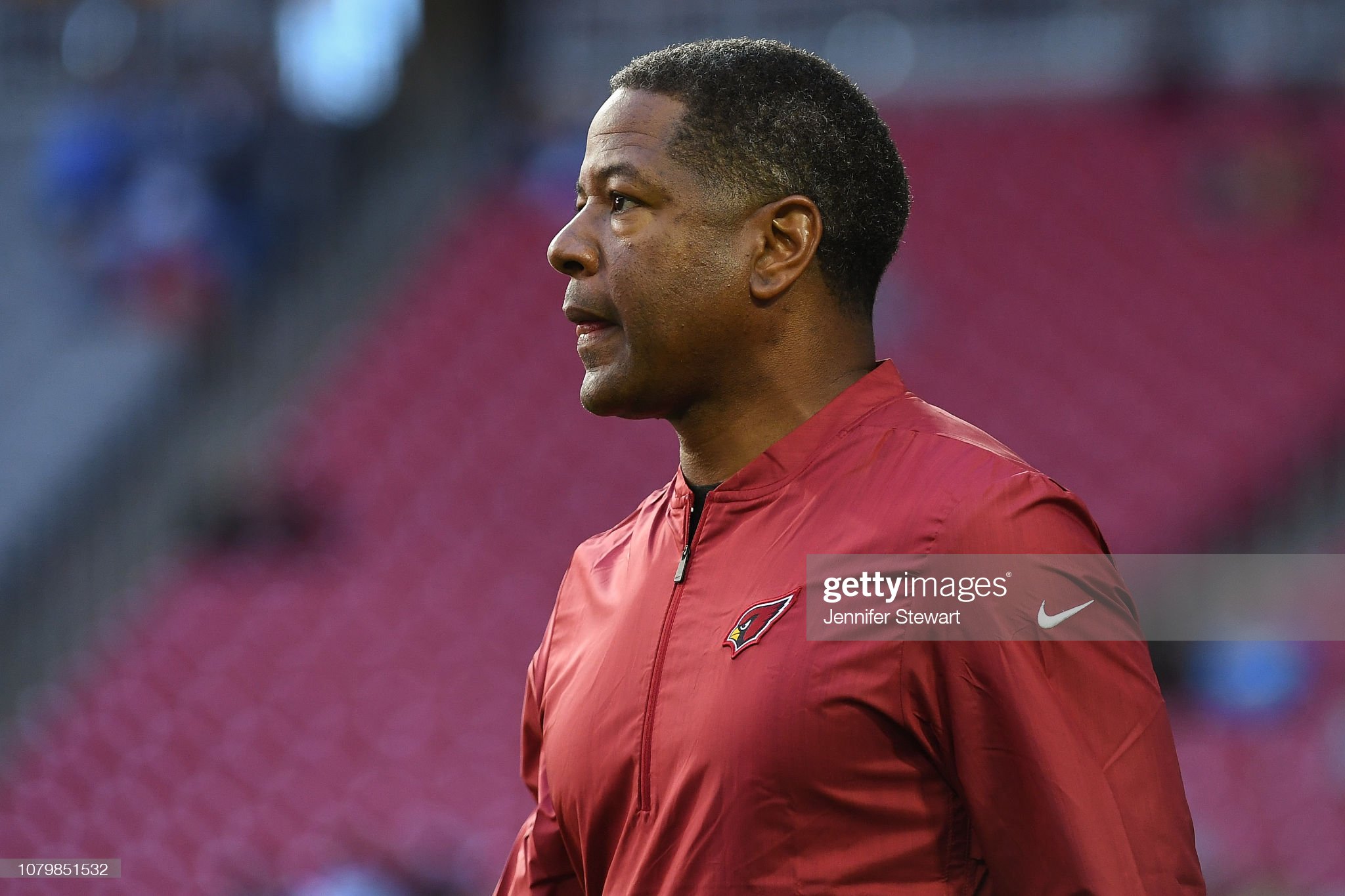 Two NFL coaches, Steve Wilks and Ray Horton, have joined Brian Flores’ lawsuit against teams and the NFL for discrimination and racial hiring practices. Wilks and Horton have filed complaints now part of Flores’ class action suit, claiming they were discriminated against during their coaching career.

Wilks served as the Arizona Cardinals head coach for just the 2018 season, going 3-13. He was fired after the season. His complaint alleges he was hired as a “bridge coach” and that successor Kliff Kingsbury has been giving a “much longer leash” to turn the team around.

The full complaint is below.

The complaint of Steve Wilks: pic.twitter.com/hYuatuXlhw

Horton says he was interviewed for the Tennessee Titans’ head coaching position in 2016 solely so the team could comply with the Rooney Rule, which mandates interviewing minority candidates. According to the complaint, Mike Mularkey, who would become the Titans’ head coach, was told he was getting the job before the team interviewed Horton. This claim is backed up in audio – as asserted in Horton’s complaint – from a podcast Mularkey did, calling it a “fake hiring process.”

Mularkey served as the Titans’ head coach for two seasons.

Here is the full text of the complaint.

The complaint of Ray Horton: pic.twitter.com/Htf0IbiP6v

Flores has also released a statement reacting to the news of Wilks’ and Horton’s complaints, “applauding” the two for coming forth with their claims. You can read his full statement below via ESPN’s Jeremy Fowler. Wilks and Horton have also provided additional statements.

Flores has also amended his complaint, alleging the Houston Texans “retaliated” against him by removing him from head coaching consideration following his lawsuit. Flores was a finalist for the job but the team chose Lovie Smith instead. According to Judy Battista, Flores’ complaint also notes that he wrote a memo in 2019 alleging Miami Dolphins’ owner Stephen Ross offered him $100,000 for each loss and that Flores sent that memo to top team executives.

Flores’ case remains ongoing. Most recently, he was pushing to avoid arbitration with the NFL, preferring to keep the case in the court system. Flores has sued three teams and the NFL for discriminatory practices.

Pittsburgh hired Flores to be a senior defensive assistant/linebackers coach in mid-February. Horton last coached in 2019 with Washington and was the Steelers’ DBs coach from 2004 to 2010. None of his allegations are against the Steelers.

After being fired by Arizona, Wilks became the Browns’ defensive coordinator in 2019 but lasted one season, not being retained by new head coach Kevin Stefanski. He spent 2021 as Missouri’s DC before being hired by the Carolina Panthers this February as pass game coordinator/secondary coach.