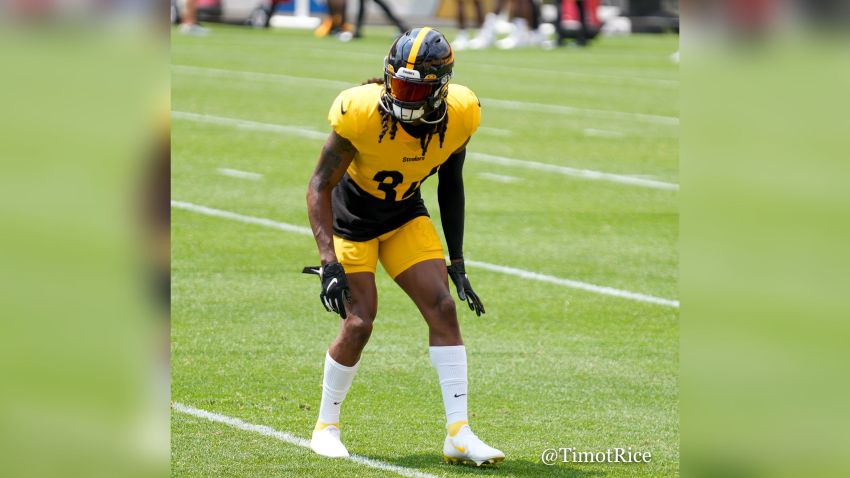 A little over two full weeks into the new league year, a handful of talented, starting-caliber players remain on the free agent market, providing interested teams with some value overall, especially this late in the process.

One of those is Pittsburgh Steelers’ safety Terrell Edmunds, who hit the open market at just 25 years old after the Steelers declined to pick up his fifth-year option.

Having missed just one career game while playing more than 4,000 career snaps, Edmunds remains one of the top safeties on the market today, and cracks Bleacher Report’s top seven most underrated remaining free agents list, coming in at No. 3 overall in Alex Ballentine’s list.

My scouting report and review of SS Terrell Edmunds. A durable player who has made gradual strides. But his game is maxed out as a classic box safety (29.3% of snaps in the box in 2021).

Cut-up of some of his TFLs this year. #Steelers https://t.co/9NUJwL6iAB pic.twitter.com/wH1pspJbNw

“There’s a lot to like about Terrell Edmunds, especially with the kind of deal he’ll probably get,” Ballentine writes. “For starters, he’s only 25 years old. Most free agents at this stage of free agency are well into their 30s or coming off major injuries. Edmunds does not bring any of that baggage and could reasonably be signed to a multiyear deal.

“He has four years of starting experience with a well-run, well-coached organization in the Pittsburgh Steelers. The only real criticism of his track record is that he does not have much ball production. Just five interceptions in four years is a concern for a safety,” Ballentine added. “However, he has improved in coverage every year and shown he could thrive as a box safety. He gave up a passer rating of just 63.7 on 53 targets last season.”

There’s no denying Edmunds has improved each and every season, and could really be finding his game overall in the NFL. At just 25 years old, his best football is still ahead of him, and he brings one of the best abilities to the table overall: availability.

Terrell Edmunds: “You saw that we love to blitz, If you watch us week in and week out, it doesn't matter what year it is, we blitz. One of our assets is that you have no idea where it's coming from, who it is. We can send anybody.” #Steelerspic.twitter.com/h7MhRitwgg

Steelers’ head coach Mike Tomlin praised that about Edmunds in his final press conference to wrap up the season following the loss in the Wild Card Round to the Kansas City Chiefs when asked his thoughts on Edmunds overall.

“You know, he did some really nice things this year. I think the first thing you think about when you think about Terrell Edmunds is availability, and I never want to underscore that,” Tomlin said to reporters Monday, according to video via Steelers.com. “This is a guy that’s been ridiculously available to us, not only this year, but over the course of his career. He was a thousand-snap defender as a rookie. And I think that oftentimes we don’t talk enough about availability. Productivity and things, obviously, he did some good things there, but availability is a big component of it.

“As you mentioned, he is facing free agency and that’s what free agency is. It’s free agency for us, free agency for them,” Tomlin added. “And so we’ll see where the roads lead us, but I am appreciative of what he’s done here and particularly his ability to be available, not only in 2021, but the totality of the time that we’ve been together.”

While the Steelers haven’t had much movement in the safety market overall, aside from re-signing Karl Joseph Thursday, Pittsburgh reportedly is keeping an eye on the market overall and would considering re-signing Edmunds at the right price, according to the Pittsburgh Post-Gazette’s Gerry Dulac.

“The Steelers would consider re-signing Edmunds, but only if he doesn’t get a substantial offer in free agency. They are not going to chase him with contract offers,” Dulac reported on Monday from Florida.

The longer Edmunds sits on the open market, the better chance there is of his return to the Steel City at a very affordable price, keeping a strong safety tandem intact with Minkah Fitzpatrick for the foreseeable future.