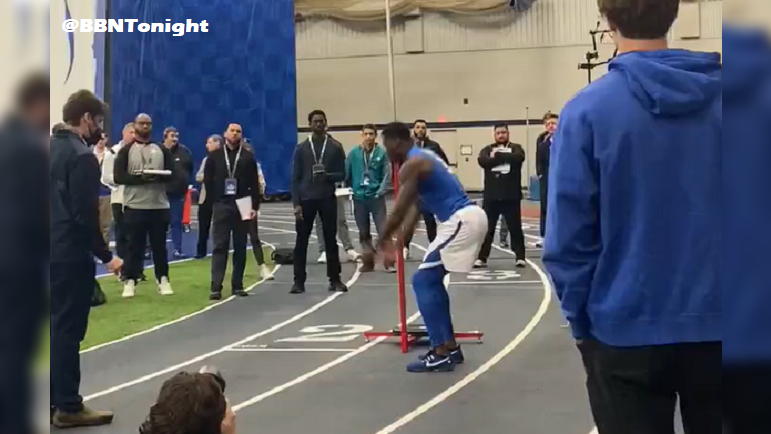 Hunt, who spent much of the month of March traveling around to various Pro Days with Steelers’ head coach Mike Tomlin and General Manager Kevin Colbert, continued his Pro Day tour Friday, showing up in Lexington, KY for the Kentucky Wildcats’ Pro Day.

On Thursday, Hunt was spotted at the Western Kentucky Pro Day, keeping a close eye on WKU EDGE Deangelo Malone, who put up some impressive Pro Day numbers in Bowling Green.

While making the rounds on Pro Days, Hunt is also in the midst of the Steelers’ GM candidacy as one of the 16 candidates the Steelers have interviewed to replace Colbert, who is stepping aside following the NFL Draft.

Hunt is the frontrunner at this point, especially after President Art Rooney II called him a “good candidate” for the position publicly.

“He has taken on additional responsibilities and handled them well,” Rooney said via the AP’s Will Graves. “So I think Brandon is somebody that has the kind of experience we’ll be looking for.”

Hunt spent time with the Steelers as an intern in 2005 and 2006 in their pro personnel department before leaving to take a job with the Houston Texans as a pro scout. He returned to Pittsburgh in 2010 and has been with the team ever since, carrying the title of Pro Scouting Coordinator.