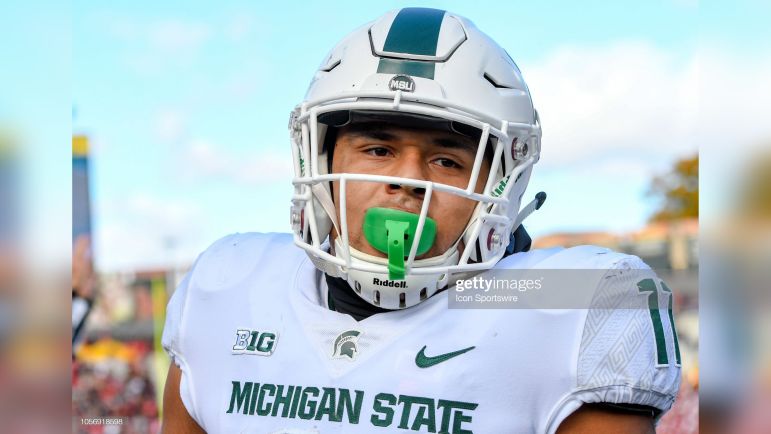 In case you haven’t heard before, the Pittsburgh Steelers’ newest player (or one of them) is no stranger. He is the younger brother of Cameron Heyward. And he knows when he comes here, that’s going to be his story until he’s able to write his own.

Connor Heyward was their sixth-round pick out of Michigan State, a no-true-position type of player who will focus on special teams, but has the potential to wear a number of hats on the offensive side of the ball. The Steelers, though, trotted out tight ends coach Alfredo Roberts to talk about him.

As you might imagine, quite a bit of the press conference was devoted to exploring the ties between the rookie Conner and his older brother, Cameron, who is a dozen years into his career and has become a perennial All-Pro. When asked if he has seen a similar work ethic in the rookie, Roberts seemed to want to steer the discussion in another direction.

“I have seen Cam work in practice, and I have not had a chance to see Connor work in practice”, he said. “I know he’s talented. He’s a young man. He plays hard. And I know he’s trying to find his own niche. You know, you come here where your big brother’s the big brother, and I’m sure he’ll play with a chip and want to have his own say in it”.

While Roberts indicated that they will start Connor off at tight end, the odds highly favor him ultimately playing a variety of roles, assuming that he ever begins to reliably see the field. As a rookie, he could be competing for playing time with another brother, Derek Watt, nominally their fullback, who is scarcely used in that capacity.

I’m sure training camp get here soon enough for Connor, however, as no doubt the questions about Cameron will quickly grow tiring. It will be on the practice and in games that he will get the opportunity to separate himself and steer the conversation toward his own individuality rather than being the younger brother of an All-Pro.

When asked about his living arrangements—Cameron said on Twitter after the selection that he guesses he has a new roommate—Connor said that he would live with his grandmother, or find his own place, before living with his older brother.

They will, of course, enjoy their time together. They’re brothers, after all, and they’ll relish that. But you know Connor is ready to talk about just about anything else already, or at least he will be soon. Like what he’ll have to do to make the roster, for starters, and where he’ll play, and how important special teams will be.