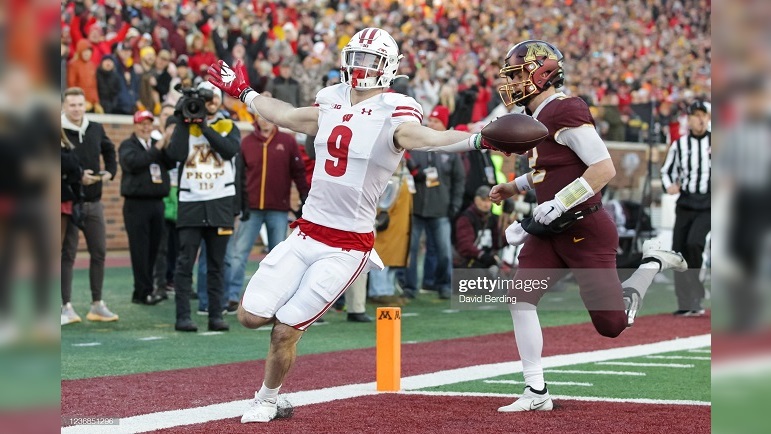 Did the Pittsburgh Steelers utilize all 30 of their allotted pre-draft visitors this year? It’s hard to say for sure but within that, we do know that they had a few Zoom interviews these last few weeks, according to what general manager Kevin Colbert and head coach Mike Tomlin both said on Monday during their press conference. On Wednesday, we found out one player that the Steelers had a Zoom meeting with these last few weeks.

According to Aaron Wilson of the Pro Football Network, Wisconsin safety Scott Nelson is at least one player that the Steelers met with via Zoom these last few weeks.

Nelson, who was not invited to the scouting combine this year, measured in at his Wisconsin pro day at 6020, 203-pounds. He reportedly ran his 40-yard dash in 4.38-seconds to go along with a short-shuttle time of 3.92-seconds. he registered a vertical jump of 39.5-inches and a broad jump of 10’6″. His 3-cone time of 6.62-seconds was also impressive.

In four seasons at Wisconsin, Nelson registered 125 total tackles with 11.5 of them resulted in lost yardage. He also was credited with 1.5 sacks, four interceptions, 15 passes defensed and a forced fumble.

Nelson missed some time during his college career due to injuries and that seems to be the biggest knock on him entering the 2022 NFL Draft. He’s a versatile safety and one that obviously has a lot of athleticism.

It certainly seems like Nelson will either be a late day-three selection for a team or a priority undrafted free agent. Should the Steelers fail to draft a safety in the first two days, Nelson maybe comes into play for them in the sixth or seventh round. If he does go undrafted, perhaps the Steelers will go after Nelson as a free agent.