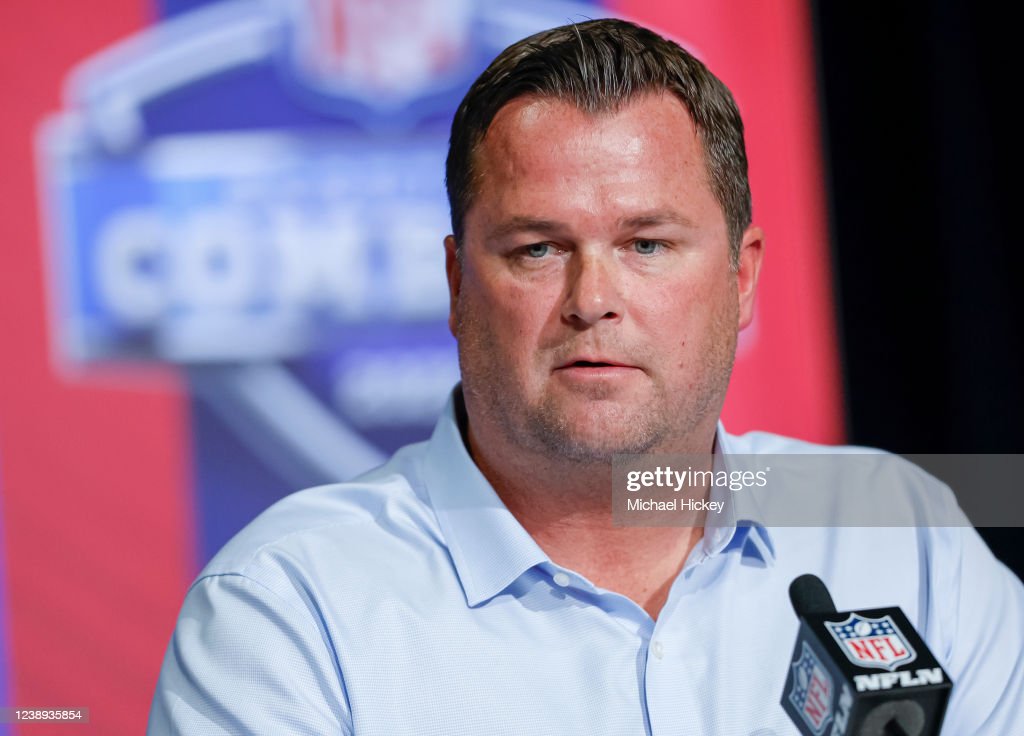 At the risk of making this Panthers Depot, all eyes should be on Carolina and the #6 pick later this month. For the Pittsburgh Steelers, that’s where the draft could start for them, even if they don’t turn in their card until #20. The Panthers are one of the QB-neediest teams out there and in a recent interview, Carolina GM Scott Fitterer hinted the team is likely to draft one at #6, even if it isn’t the highest-ranked player on the board.

He spoke with the Panthers’ website in a preview of this year’s draft and was asked if the team will look at a quarterback with the sixth pick.

“This will be interesting because the tackles will be the best players on the board.” he told the site. “But we do need a quarterback, and at some point you have to take a shot, especially in the top 10. You hate to force it, because when you force it, you could make a mistake.”

Fitterer is flat-out saying the tackles will be the best players on the board. And one of the top names is likely to be available to them at pick #6. Alabama’s Evan Neal, NC State’s Ickey Ekonwu, and even Mississippi State’s Charles Cross are regarded as top 10/15 tackles who would instantly make the Panthers a better team. But Fitterer seems to be convincing himself quarterback is the way to go, though he made it clear there is no clear-cut #1 arm in this class.

“It’s a unique quarterback class, because there’s not a clear number one, number two, number three. Like, who’s the proven starter who can come in and play for you?”

The Panthers are in win-now mode not because their roster is good to compete for a Super Bowl. But providing immediate results and progress is the only way head coach Matt Rhule and Fitterer are going to save their jobs. It was a mild upset Rhule wasn’t fired after this year, retained after scapegoating OC Joe Brady and most of the offensive staff, including OL Coach Pat Meyer and WRs Coach Frisman Jackson, both hired by Pittsburgh. Carolina struck out on Deshaun Watson and all the other top QBs moved this offseason. If the Panthers can’t take tangible steps in the right direction, owner David Tepper will clean house. And Carolina isn’t winning many games with Sam Darnold under center. So perhaps the Panthers take a swing on a quarterback.

If they do, it’ll be a question of who. The two likely names are Liberty’s Malik Willis and Pitt’s Kenny Pickett. Willis is generally regarded as the top quarterback in this class but has an underdeveloped game and will need to sit his rookie year. Pickett is more NFL-ready. Rhule recruited Pickett to Temple when Rhule coached the Owls, leading some to think the Panthers will select Pickett instead.

What Carolina does certainly could shape what the Steelers do. If they draft Willis, Pittsburgh might be more likely to stay at #20 and wait for a quarterback. If Willis slips past them, Pittsburgh could look to move up as early as #7 with the New York Giants, who reportedly are looking to trade down and nab a 2023 first-rounder.

In a candid conversation, Fitterer said the draft likely comes down to two positions.

“That’ll be the conversation we have for the next month — quarterback or left tackle.”

What the Panthers do may very well shape what the Steelers do. Or don’t do.