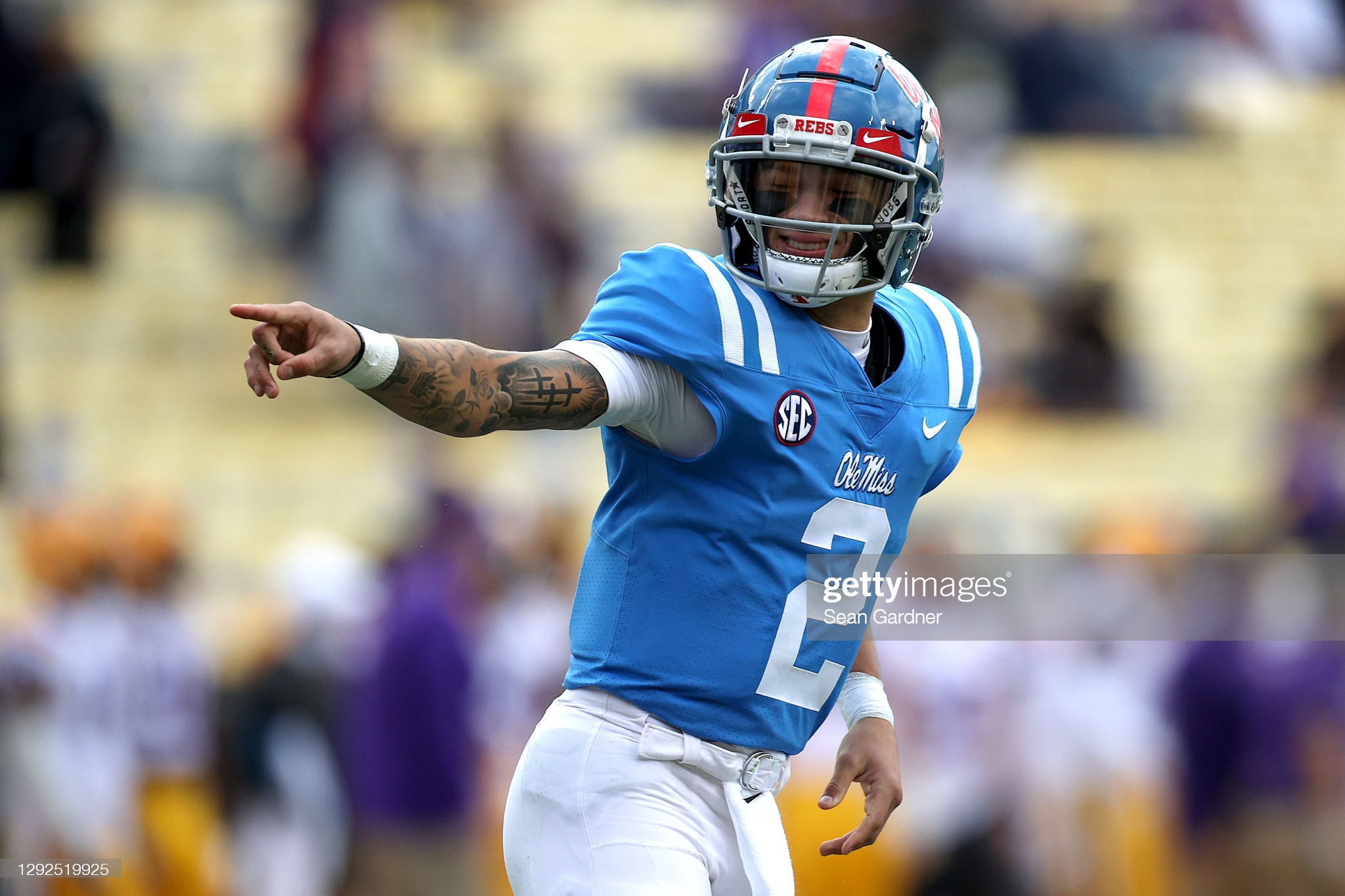 With the 2022 NFL Draft just one day away, the NFL landscape is in the midst of smokescreen season before the start of the first round Thursday night.

Some reports can be taken seriously, while others can be heard and never thought about again.

Knowing that, once a report like the one NFL Network analyst David Carr dropped last week on the Minus Three Podcast with host Dave Dameshek — a diehard Steelers’ fan — regarding the Steelers, quarterbacks coach Mike Sullivan, and Ole Miss QB Matt Corral, ears certainly perked up.

Carr, according to a clip from the show, stated that Sullivan — his former QB coach during his time with the New York Giants — likes Corral out of all the quarterbacks in the class.

“You know another guy that I actually like is Matt Corral. I like Matt Corral,” Carr told Dameshek when asked which QB he likes in the class. “He has a sneaky-good arm and he’s a tough sucker too. Like, I like that. I know a lot of guys in Pittsburgh like him too. I happen to know some good guys in Pittsburgh that like him.”

Pressed further on the subject by Dameshek, Carr revealed that his connection with Sullivan played strongly into his report, stating that Sullivan, a long-time QB coach in the NFL, really likes the Ole Miss star signal-caller.

“So the the quarterback coach there, Mike Sullivan, was my quarterback coach in the league with the Giants. And I just randomly threw out there because, you know, Malik Willis, I’m like, ‘are you guys gonna take Malik Willis if he’s there?’ Of course he’s not gonna tell me,” Carr said. “He’s not gonna tell me. He’s like, ‘you know who I actually like? I like the kid from Ole Miss. What’s wrong with him?’ And I’m like, ‘I don’t know, let me check him out.’

“So I started watching some tape on the guy and then, and I don’t know if you know this, I was roommates with Lane Kiffin at Fresno State. I said, ‘you know what, let me see what lane feels about old Matt.’ And he said he believes that Matt is the most talented quarterback that he’s ever coached. So anyway, there’s that. So you never know, but I think let’s just see…let Matt Canada get a guy that can move around a little bit, you know, make some RPOs.”

There you have it.

While some stuff that comes out like this can just be guys blowing smoke, there’s definitely some credence to Carr’s report about Sullivan liking Corral, considering the two know each other and have worked together in the past.

Of course, the Steelers have done a lot of work on Corral, meeting with him at the NFL Scouting Combine, meeting with him in Pittsburgh for a pre-draft visit, and obviously attending his Pro Day with a large contingent.

Add in the fact that he’s an underclassman and it makes a ton of sense for the Steelers from an interest standpoint.

We’ll see what transpires Thursday night, but it wouldn’t be surprising whatsoever to see Corral be the Steelers’ selection at No. 20 overall.