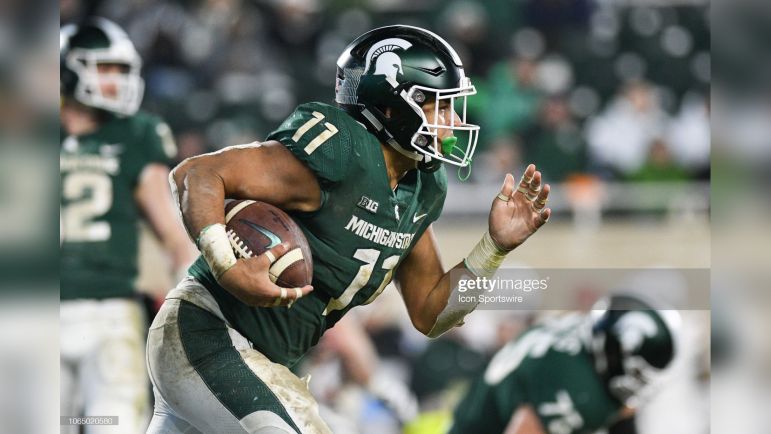 Leading up to the draft, much was made of the NFL bloodline traits that the team has seemed to pattern in recent years, with the Watt, Edmunds, and Davis brothers. This afternoon, the team predictably followed suit yet again, nabbing All-Pro Cameron Heyward’s little brother, Connor, a tight end/H-back out of Michigan State in the sixth round.

He is a promising talent, and seems to be the true definition of a jack-of-all-trades type of player. When asked if outgoing GM Kevin Colbert and himself had given Cam any indication of their pick, Tomlin’s response elicited laughter from the press.

“It was none of Cam’s business,” Tomlin said chuckling, according to the official Pittsburgh Steelers YouTube channel. “Cam just happens to be his big brother. But I say that, and I mean it. Connor’s resume speaks for itself. He’s a Swiss Army knife, he’s very talented. He has a nice skillset. He’s a capable runner, he’s a capable blitz pickup guy. He’s very good, in terms of the screen game, timing and feel. He made some plays down the field as a tight end in that offense, he’s a physical guy. We imagine that he can be an offensive contributor in teams and so, he was very worthy of that consideration and I didn’t want to water that down in any way by including big brother.”

It is noteworthy that current starting fullback (and also brother to reigning DPOY winner T.J.) Derek Watt’s contract runs up after the upcoming season, so perhaps the team also had this in mind when selecting Connor. Obviously by now, it’s well documented that both he and Cam are sons of the late Pitt legend, Craig “Ironhead” Heyward, and what better team to get selected by than the storied Steelers franchise, one who prides itself on a lunch pail, blue-collar mentality in which Connor will fit right in.

While on the topic of tipping off big brother Cam, a reporter took it a step further, asking coach exactly how much he enjoys changing these young players lives with one phone call, and his response was a genuine one.

“There’s nothing like it, there’s nothing like being a part of someone’s story. You know, I think Kenny said it, that phone call was a culmination of a life’s work,” he said, referring to first-rounder Kenny Pickett’s phone call, which almost brought him to his knees. “I have respect and appreciation for that, and I make that call in spirit.”