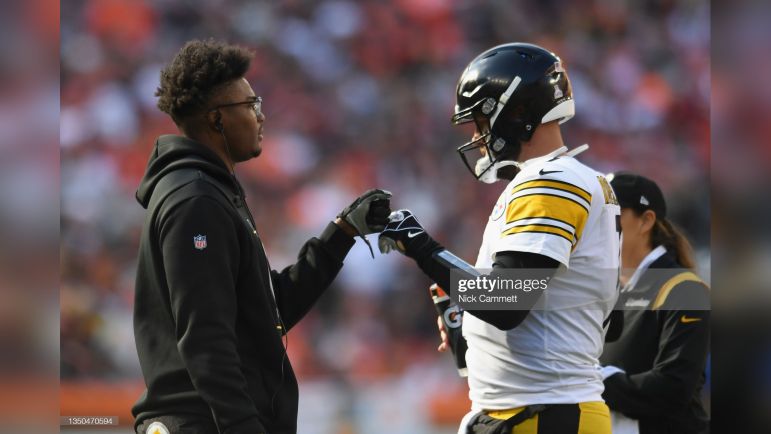 The Pittsburgh Steelers are in search of a franchise quarterback, and many certainly seem to expect them to draft one in the first round in two days’ time. Even if they do, however, they will be one quarterback short of the number they intend to have at the position entering training camp, even if they will only carry three into the regular season.

The team is short-handed under center following Ben Roethlisberger’s retirement. The tragic death of Dwayne Haskins weeks ago left them with a major hole not only in their collective heart, but also on their roster. As distasteful as some might find it to consider practical matters, though, somebody has to ask the questions.

One of the first questions head coach Mike Tomlin and general manager Kevin Colbert fielded yesterday during their pre-draft press conference was, essentially whether or how Haskins’ death would impact their thoughts on the quarterback position, and if it might further pressure them to draft one earlier.

“In regards to Dwayne, our energies have been on paying proper respects and supporting his family”, Tomlin said in response. “We haven’t approached it from a business decision or business-decision-making standpoint. We just feel like that’s the appropriate mindset for us to have as we sit here today”.

The Steelers are one of the few teams remaining around the league who consistently carry three quarterbacks on their 53-man roster. The lone exception was a short span during the 2019 season, after they traded Joshua Dobbs. They signed Devlin Hodges to the practice squad at that time. Then when Roethlisberger was injured, they promoted Hodges and signed Paxton Lynch to the practice squad, where he remained for a while.

As a practical matter, that doesn’t affect what they might do at the top of the position, because that’s still just one player. Unless they viewed Haskins as the frontrunner to be their starting quarterback, the presence of Mitch Trubisky and Mason Rudolph still on the roster should not in any way pressure them to draft a quarterback higher than they otherwise would—which already might be very high, possibly even trading up.

If anything, it might influence them to draft two quarterbacks, including one very late, as Alex Kozora’s last mock draft suggested. Obviously, it requires them to add a second quarterback they otherwise would not have had to, but it doesn’t necessarily mean they will spend any additional resources in doing so.