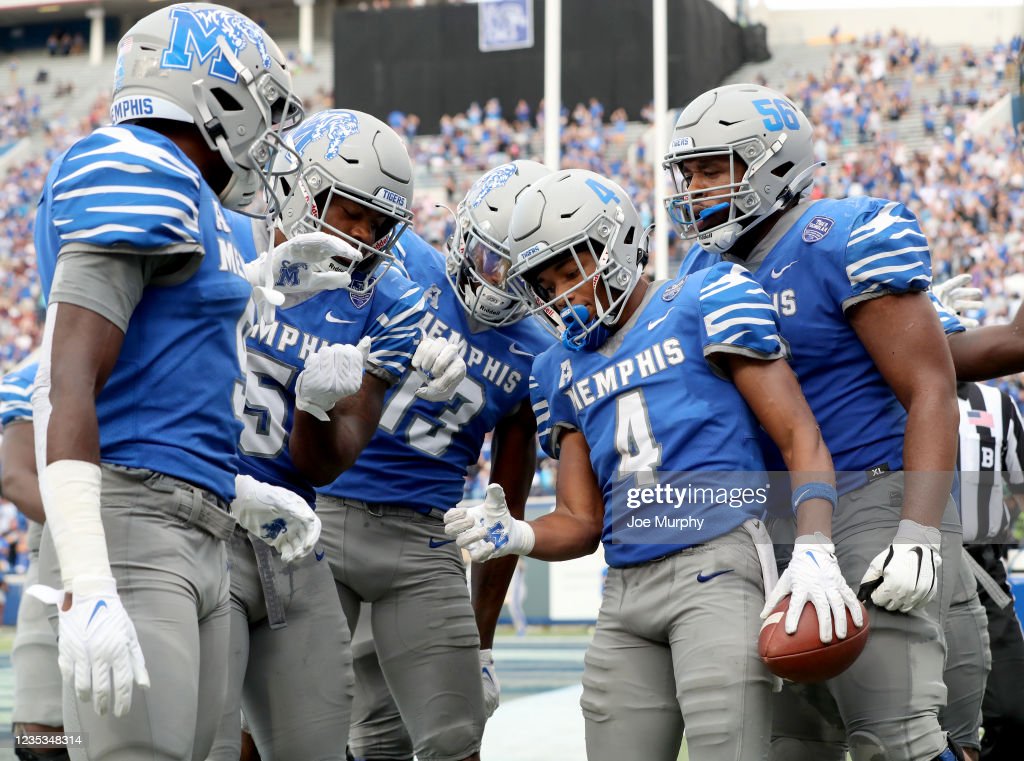 Throughout his entire athletic life, new Pittsburgh Steelers’ wide receiver Calvin Austin III has always been one of the smallest guys on the field.

That’s often led to outside concerns, as Austin was a 0-star football recruit out of high school, and was likely only going to be able to play football in college through a track scholarship. The Memphis Tigers took a chance on him, offering him a preferred walk-on in both football and track and field, unlocking an elite-level athlete in the Tigers’ Air Raid system.

Despite his production and blazing speed with the football in his hands, concerns remained for Austin, who is a bit undersized for the position overall at 5’7 3/4″, causing him to slip to No. 138 overall where the Steelers grabbed the dynamic playmaker.

Speaking with Steelers media members Saturday following the selection, Austin stated that the doubts about his size do nothing but continue to drive him each and every day, which has resulted in him achieving his goal of reaching the NFL.

“Oh yes. Just watching the draft too, this whole process, it’s music to my ears,” Austin said to reporters Saturday, according to the official transcript. “I come out and laugh anytime I see someone say it or mention it. That’s always the thing. That’s all I’ve been hearing, so it just gives me the extra drive to continue to work hard. I’ve been built off work. All I do is work, so it’s not going to be anything drastic. I was going to work anyway, but it does add a little more juice.”

The Steelers have done a nice job adding guys that play with clear chips on their shoulders at the position the last two days in Pickens and now Austin. There will be no lack for motivation in a rebuilt Steelers’ receiving room, which will only benefit the Steelers.

Even though he’s built on work and has scratched and clawed his way to the NFL, Austin did take time to reflect on the crazy situation of seeing his dreams come true, going from preferred walk-on to NFL draft pick.

“Just because I’m blessed to be in this position and I do understand that because if you had talked about them when I first got on campus, this would have probably been a crazy thing to even think about,” Austin said. “Being a walk-on just defines who I am. I’ve always been overlooked. I’ve always been doubted, but I don’t play football or work as hard as I do to prove those people wrong. I work and play as hard as I do to prove the people who believe in me right like my family here. That’s my why and I’ve always been doing that since I was a walk-on. I know I have to go above and beyond, and it just becomes a part of me. I’m just built off work and I will continue to do it.”